From Grass to Grace – Shoemaker to cassette Seller-Osei Kwame Despite – Sarkodie, Stonebwoy , Shatta Wale and 8 other celebrities share their life struggles from the beginning Will inspire you 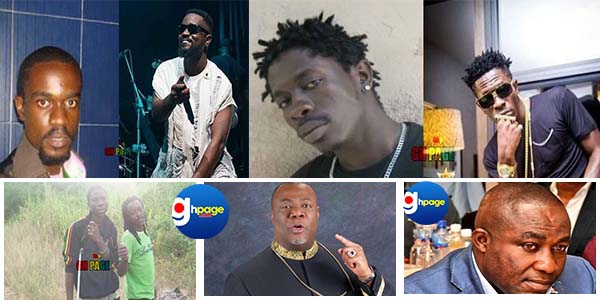 “I Even went to Work With Someone as a Car Repairer (rip33la) But He Later Sacked Me, because I Fool too much” – #Kwaku Manu

Kwaku Manu has on many occasions made many laughs anytime he made attempts to speak the Queen’s language or spell a word.

Many think it’s an act he put up intentionally to make them happy, but the actor has stated that he is illiterate, and it’s no fault of his because he is a school dropout.

He has also on several occasions said about his struggles as a repairer and how he made it.He owns a cluster of schools called ‘Kwaku Manu Educational Complex’.

“My First Coach Once Told Me, You can’t be a Player, it’s better to Be a Ball Boy for my team or just try to be a Musician’ I felt very Bad that very Moment” -#AsamoahGyan

“I told my School Mates I’ll be a President, they Started Using that to tease Me, ‘mr.President! Mr.President'” – Ex. Prez.#JAKuffour

John Kofi Agyekum Kufuor is a former President of the Republic of Ghana, retired Ghanaian politician, and statesman. He was also Chairperson of the African Union from 2007 to 2008.

READ ALSO:Gifty Anti Opens up on her relationship with Ex Prez Kuffour