“I’m still ready to forgive you, make up your mind & call me” – Side Chick to First Atlantic Bank CFO 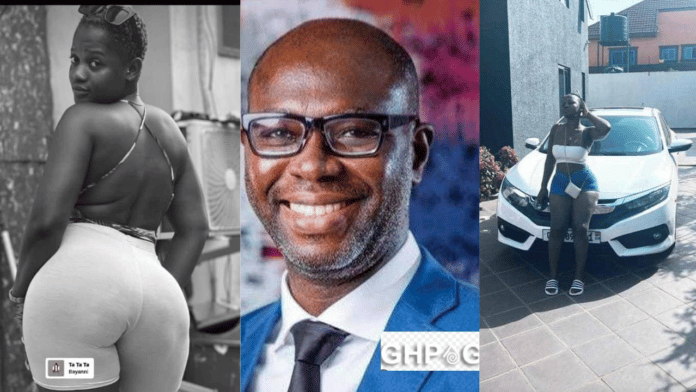 The story keeps coming. This story of infidelity is not the first and certainly would not be the last.

On social media right now, The Story of First Atlantic Bank CFO and his side chick Deborah is trending across all platforms.

There have been many revelations following the break of the news. Photos of the sued CFO have splashed online as well as his wife and side chick.

WhatsApp chats between the lovers have also been made public exposing a lot between them during when they were having an affair.

READ ALSO: Whatsapp chat between First Atlantic Bank CFO and his side chick who has sued him

A lot has gone on in the past few days since the story was first shared on Twitter.

Well, in another old video circulating on Twitter, the Side Chick who sued the First Atlantic Bank CFO, Deborah Adablah has sent a message to the Banker on how to make amends.

According to Debby in a self-recorded video on August 16th 2022, she is still ready to forgive Mr Nimako if he makes up his mind to call her adding that he (Nimako) shouldn’t allow his ego to push him away.

Explaining that there’s no shame in having an affair after all they are not the first people to warm themselves in the bed outside of marriage.

This video which probably was a video sent to Mr Nimako’s Dm during their love day has resurfaced amid the sue that has fast garnered massive attention on the internet.

Watch the Video Below