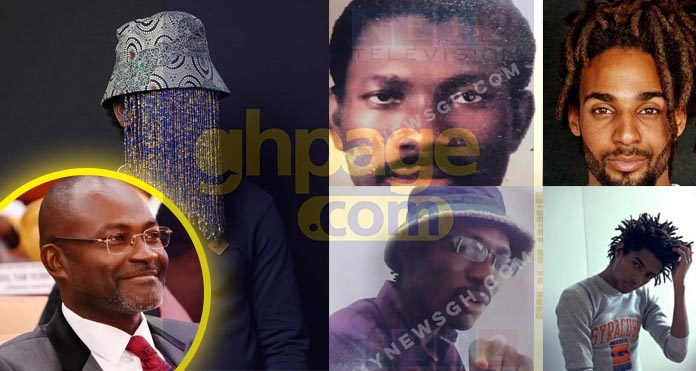 For him, Anas was entrapping and inducing people to commit crimes they will ordinarily not commit and therefore needed to be stopped.

Kennedy Agyapong claimed, Anas was selling his works to the highest bidder and was thus enriching himself at the expense of his victims. True to his words, Kennedy Agyapong On May 30 released photos of Anas on Wednesday on his NET 2 TV station.

Award-winning investigative journalist, Anas Aremeyaw Anas has revealed in a new video that nothing was going to stop him and his team from screening his new investigative piece dubbed ‘Number 12’ following the leaking of some pictures believed to be that of him (Anas) by the member of parliament for Assin Central, Kennedy Agyapong.

In a new post on his Facebook page, the multiple-award-winning journalist revealed that no matter how much people tried to silence them, they will still ‘outnumber’ them because he was always putting Ghana first.

The journalist in the video shared pictures of the many faces that had been released by Kennedy Agyapong purporting to be him.

He went ahead to also share photos of social media users who had taken part in the ‘I am Anas’ Campaign and indicated that he was not standing alone.

He captioned the video, “We would not be distracted #Number12 #IamAnas”.

READ MORE: GAYS IN AFRICA HELD PARTY IN ACCRA OVER THE WEEKEND

Share
Facebook
Twitter
WhatsApp
Previous articleClassic Photos Of Dr. Osei Kwame Despite That Will Give You Some Millionaire Goals
Next articleGFA Officials To Expose Nana Addo If Kwesi Nyantakyi Is Implicated

Here’s what is known so far about the tragic helicopter crash that claimed the lives of Kobe Bryant and eight other people....
Read more