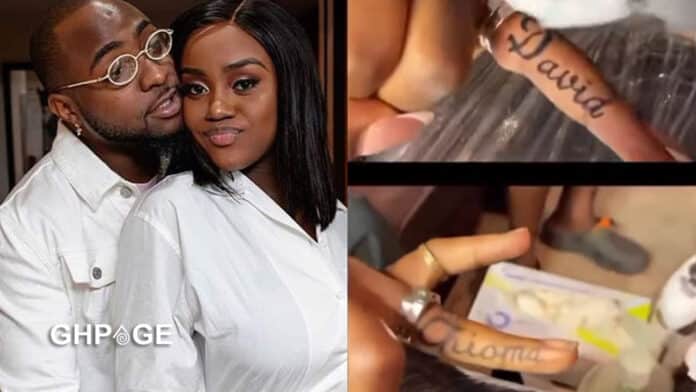 Nigerian superstar Davido and his wife Chioma Rowland have been spotted in a viral video getting matching tattoos of each other’s names on their ring fingers.

The singer, born David Adeleke, and his long-time girlfriend decided to take their marital commitment a step further by inking each other’s names permanently as the “Assurance” he made to Chioma is finally sealed.

The video of the couple getting tatted by an artist marks their first social media appearance in 2023 and many are more than excited to witness the show of love between them.

This follows their rushed private wedding ceremony that had to take place just days after their son Ifeanyi Adeleke’s death in a drowning incident in October 2022.

It was gathered that after the 3-year-old’s demise, Davido was said to have fast-tracked the process of formally getting married to Chioma to console and assure her of her place with him and also most importantly, to be able to bury their son according to customs.