“I am still single,I’m not married” -Emelia Brobbey 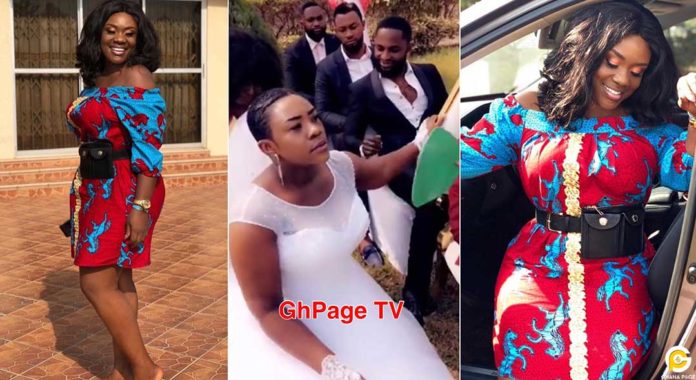 Beautiful and talented Kumawood actress, Emelia Brobbey has disclosed that she is single and remains unmarried.

The award-winning actress made this revelation during questions and answers (Q & A) sessions with her fans via social media.

Emelia answering a fan who questioned “Please, don’t me offended,are you married” said; “I am single,I’m not married.

This might come as a surprise to a section of fans as the star actress is a mother of two children but remains unmarried.

Well, Emelia Brobbey is not a fan of talking about her relationship matters especially in the public. However, the actress admitted to having divorced her husband which she had a child with due to “complications” in the relationship.

After her divorce, she went on to date Dr Adu Boateng of Endpoint homoeopathic clinic.

The actress is said to have met Dr Boateng when she brought her sick mother for treatment at his clinic. The two ended up loving each.

READ ALSO: Ghana lodge explains what Freemasonry is all about

Their short-lived union was blessed with a son named Randy (born June 13, 2013). While rumours have it that the actress’ marriage came to an end because she was sleeping around with men —she, on her own part—claimed that she decided to part ways with him because he never liked her acting career and that he often listens to the lies her friends say about her.

Some sources also reported that Emelia called it quit after she found out Dr Boateng actually had three other children with another woman without her knowledge.

Dr. Kofi Adu is said to have had a 7-year marital relationship with Maame Aba, the daughter of wealthy Ghanaian parents reported to be the owner of a clinic at Kasoa called Last Hope Clinic.

Emelia has featured in scores of movies and remains one of the most adorable movie stars in Ghana.