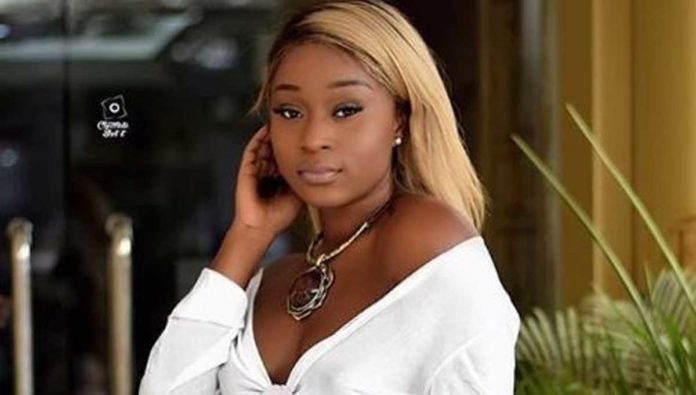 According to Efia Odo speaking with Zionfelix on his show Zionfelix Uncut, she disclosed that the two ladies have nothing better to offer her and therefore doesn’t see the need for them to be talking on a daily basis.

The slay queen presenter added that her comment doesn’t mean that she has issues with them but would talk to them when it has to do with business.

Also Read: Marry a woman with a savings account, forget the make-up ones – Efia Odo

Citing an example of she(Efia Odo) not having issues with both female celebs she stated that she listens to Sista Afia featuring Quamina MP—and also Medikal and Fella Makafui’s ‘Omo Ada’, defending that she wouldn’t have listened or played the songs at work if she has a problem with them.

But on Sista Afia, she made it clear that she was not going to feature in any music video because she decides on how many music videos she features in within the year.

Also Read: If a woman dresses good, it doesn’t mean she is looking for a husband-Efia Odo replies Guru

Efia Odo recounted rendering an apology to Fella but she never reacted to her apology.