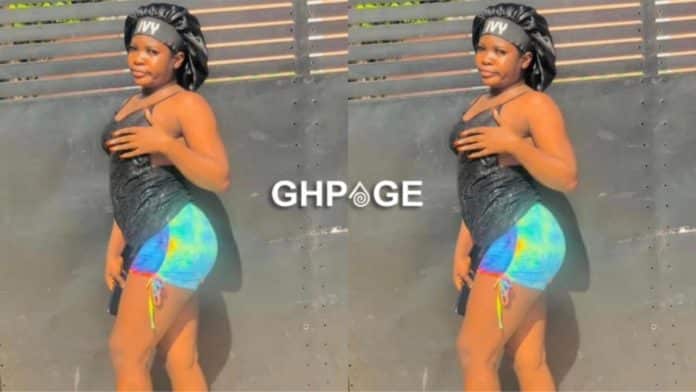 A broke Ghanaian slay queen on Facebook has set herself up for ridicule after senselessly stating that guys without cars are non-living things.

This naive guy who doesn’t even have a bicycle to her name believes that having a car is a must for any guy irrespective of his financial condition and the work he does.

Apparently, the lady regrets dropping this stupid take because the comments under her post are very hot and derogatory.

Below are some of the comments under the post;

Positive Vibration Kee – Go ask your mother that, did your father get car before the date,,,,,,,,, death trap

Mercy Aseidu – Thank u o, and we love them like that so keep all with the cars they will give u their car keys to keep them in ur jewelry box as ur achievements, good day

Richard Kojie – You lack inside and outside beauty, I haven’t seen fool like your type. Learn sense, and if you are sure your boyfriend have car, show it to us all by kissing in a video in the car while the car is moving.

Yaro Kofi Paul – When you sit in your boyfriend’s car to home, do they give the cars to you?If no, then think twice.

These are the kind of ladies who are usually sued for money rituals by notorious sakawa guys.