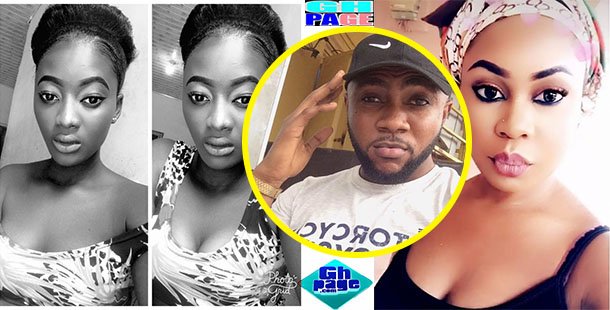 So a Facebook user, Myzz Adel Bae, is certainly suffering from a broken heart after two days ago narrated how a guy(Jeffrey Fargo) he met on Facebook used and dumped her.

According to this Ghanaian ‘Slay Queen’ on Facebook, she had her fair share from the biggest social media cheat, as she took to her timeline to do a 45mins long live video chronicling her ‘nemesis’ after she met this particular guy.

The lady, who clearly in the video looked ‘used’ and broken-hearted sound a warning to perhaps her colleague slay queens to be wary of the guys who take pictures with flashy things and post them on social media as all that glitters is not gold.

The lady said the guy promised her the world, in fact, told her that his mom is in abroad and will take her with him when traveling.—Not knowing his mom sells Banku at Bantama.

“I use his mind to spend my money, I cook for him, I prepared a stew with my meager GHC200, and I realized it that he was just using me,” She said

She, therefore narrated, her story till it got to point that I found hilarious.In fact, I laughed for over an hour when I heard her say that.What!

According to Adel, the Fargo guy told her that, his pastor has informed him, it’s his destiny for ladies to take care of him. And truly he got the chance to be taken care of by ladies, yet he blew the chance away by cheating on them.

The Adel lady particularly mentioned Fargo’s ex which she called Abena Lizzy and added that she was taking care of him when they dated for three years.

We did our little checks on Lizzy and it all connected to the picture below;

Well, below is Adel’s full facebook live video and if you want to just watch the “Pastor’s said it’s his destiny for ladies to take care of him, skip to the 23:00 upwards.

So, this is how you people are using the facebook and the groups in it for?Ei.

Well, aside from our official Facebook page, we also owned a group on facebook.You can join by and let’s have fun too( But seriously, no “chop chop” things, there lol) …And those who want to be administrators or moderators there to make the group lively too can inbox me on facebook messenger.