I slept with a director because I liked him -Safina Haroun 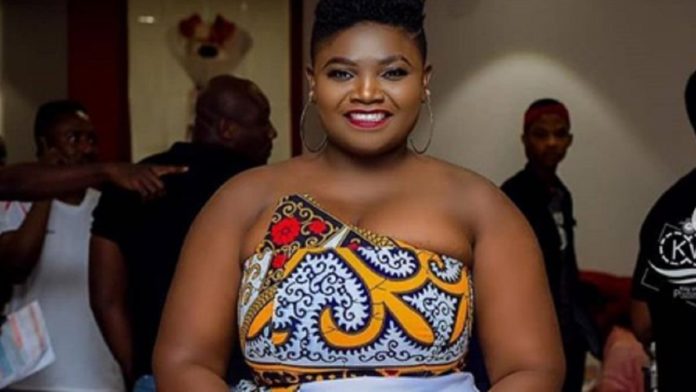 Popular Kumawood actress and producer Safina Haroun has spoken about an amorous relationship she had with a movie director.

According to the actress, she wasn’t obliged to sleep with the director for a role but because she liked him and wanted to have him.

Safina explained that she has been approached by several directors but she turned them down because she wasn’t interested.

She further stated that out all the lot that approached her, it was just one person she decided and agreed to sleep with which she identified as Sam.

The actress also lamented about the way some directors and producers always demand sex from upcoming actresses before casting them for a movie.

According to Safina, such act is so unfair making it difficult for young actresses like her to make it in the movie industry.

She also stated that she is also a big fan of the BhimNation Boss, Stonebwoy because he records sensible songs.

The actress further reiterated her point that she has always had a sexual fantasy about footballer Dede Ayew and wouldn’t mind having sex with him.