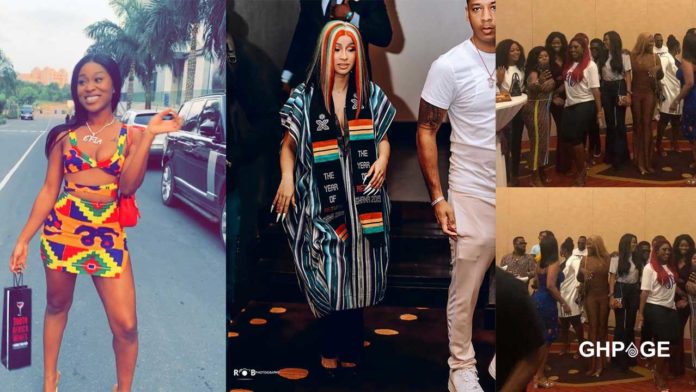 Slay queen turned actress Efia Odo has asked her fellow celebrities to stop dissing Cardi B just because she failed to turn up for a supposed ‘meet and greet’ ahead of her concert at the Accra Sports Stadium later that evening.

Efia Odo and some other celebrities turned up at the Kempinski hotel on Sunday to have a meet and greet with the American rapper but ended up disappointed because Cardi B was by then eating ‘Chinchinga’ by the poolside an act the got the top celebrities angry.

Some of them took to social media to express their disappointment by insulting Cardi B and the organizers for making them look like fools.

Reacting to her colleagues’ anger on social media, Efia Odo said that even though she is sad she didn’t get to meet Cardi B as expected, it’s not her fault but due to improper communication. She advised her colleagues to stop abusing her verbally as they now know how their fans feel each time they have to meet them.

She wrote; “Yes I’m sad. I love her but it’s not a big deal chaley. It’s not her fault, its miscommunication. Stop the insults, it’s not that deep. Some of you celebs your favor fans wan meet you but u don’t give them attention ???”.