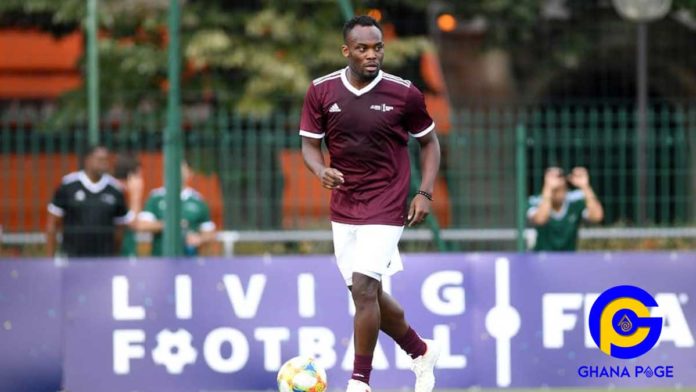 Yesterday morning news broke on the death of Ghanaian international Junior Agogo who died in England after a long battle with stroke.

Several fans and followers of the football star took to the various social media pages to send out their condolence to the bereaved family.

Later in the day, a video emerged of the late footballer’s interview where he revealed that ever since he got down with stroke none of his former teammates of the Blackstars had called to check up on him.

This comment from the late footballer got football fans angry as to why his teammate would neglect him during his trying times.

Well, Michael Essien who shared the same stage with Junior Agogo during the 2008 African Cup of Nations when they all represented Ghana has also reacted to his death.

He posted: “Really sad to hear about the death of my former Black Stars colleague @junioragogo . My thoughts and prayers are with his family and loved ones. #RIPJAGOGO ?????” 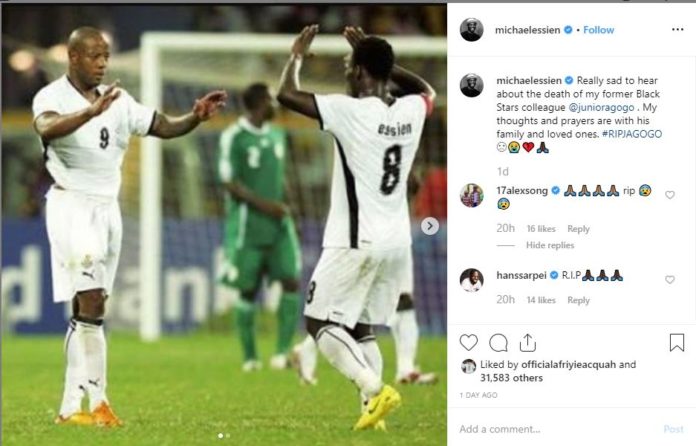 But his post generated a lot of backlash from his followers who attacked him for not visiting him. 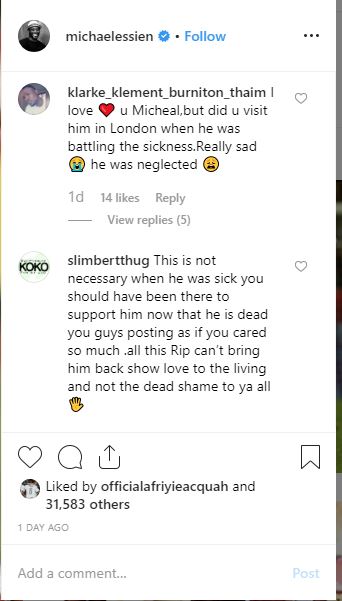 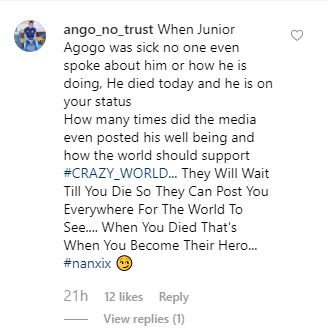 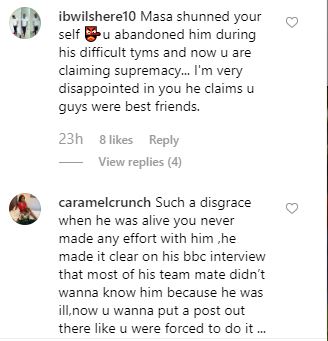 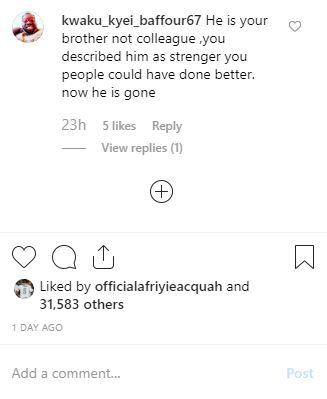