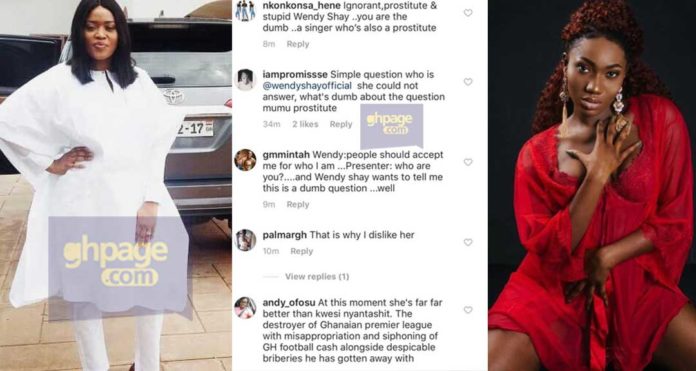 Social media users have angrily descended on Wendy Shay, the female artist signed unto Bullet’s Rufftown Record Label for her rude attitude towards Mzgee. She called a questioned Mzgee of JoyNews asked her a dumb question on a live interview.

Mzgee simply asked her “Who is Wendy Shay” a question that sought to give her the opportunity to talk about herself and her brand to people who love her and others who may not even know who she is.

But Wendy Shay found the question offensive and called it dumb. She expressed her disgust and stated she does not wish to continue the interview again.

Her embarring response to such a simple and important question has sparked anger among some social media users who couldn’t believe Wendy Shay actually was that rude and disrespectful in a live interview.

Most people have expressed their disappointment in her and have asked the Rufftown Records label to teach the artist how to speak with the media since she lacks that skill.

Others too couldn’t actually contain their anger. They used unprintable words on the female artist for attacking the JoyNews presenter, Mzgee unprovoked.

Check Out Some OF The Comments Below 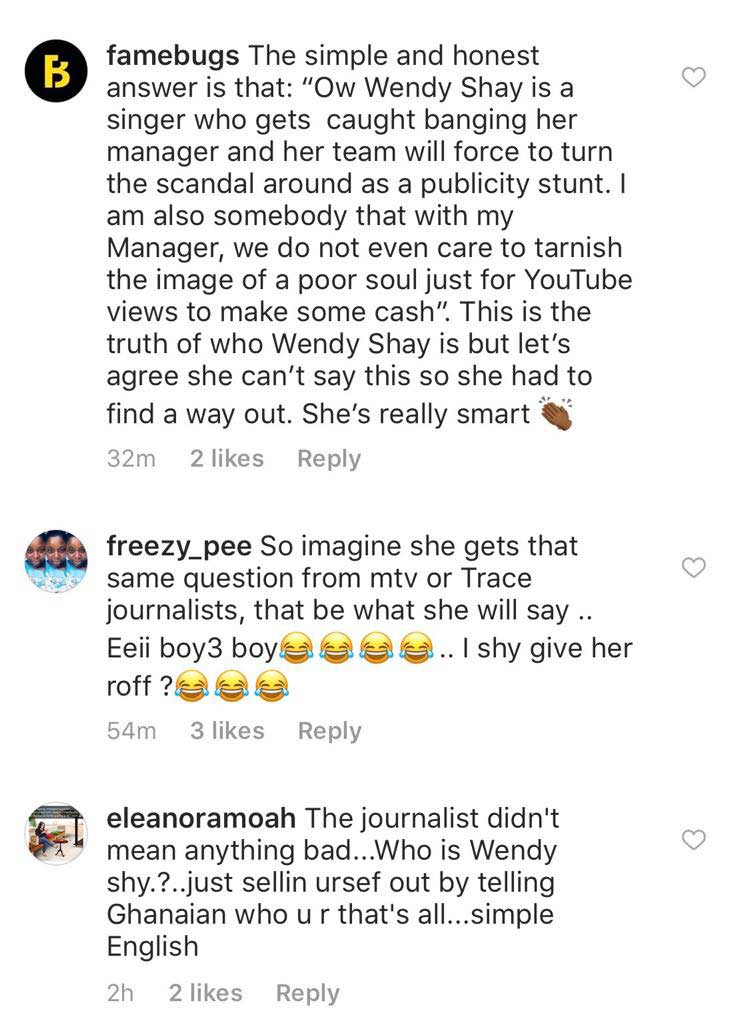 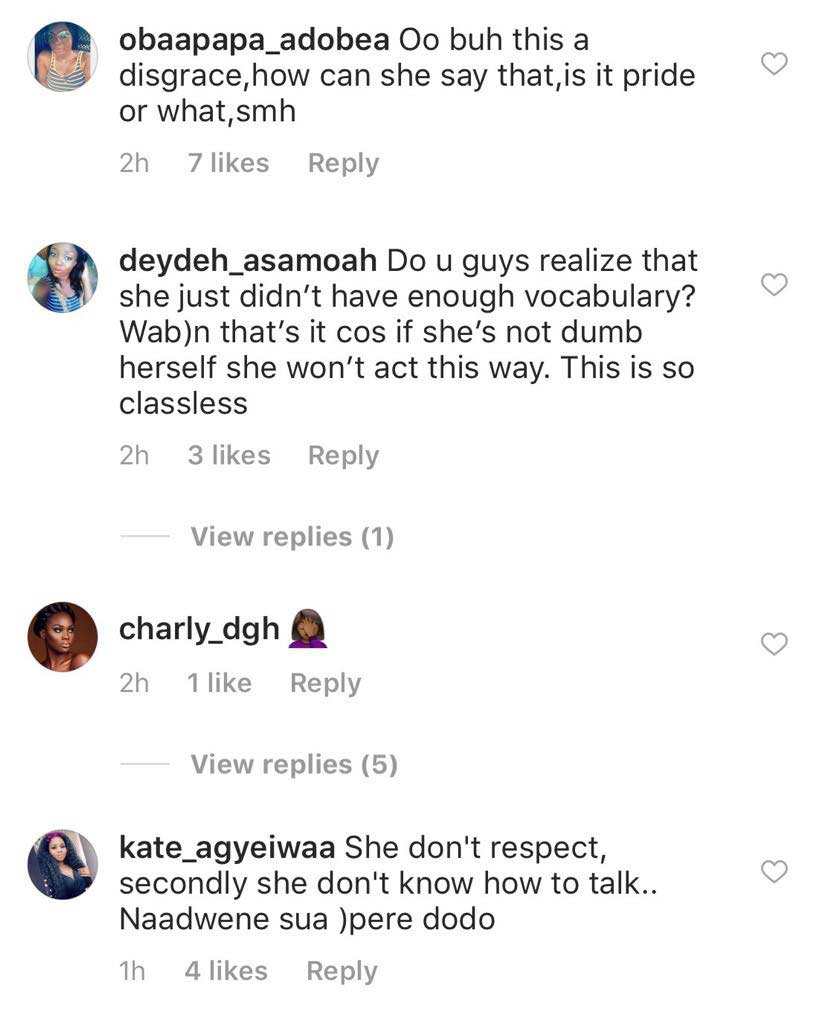 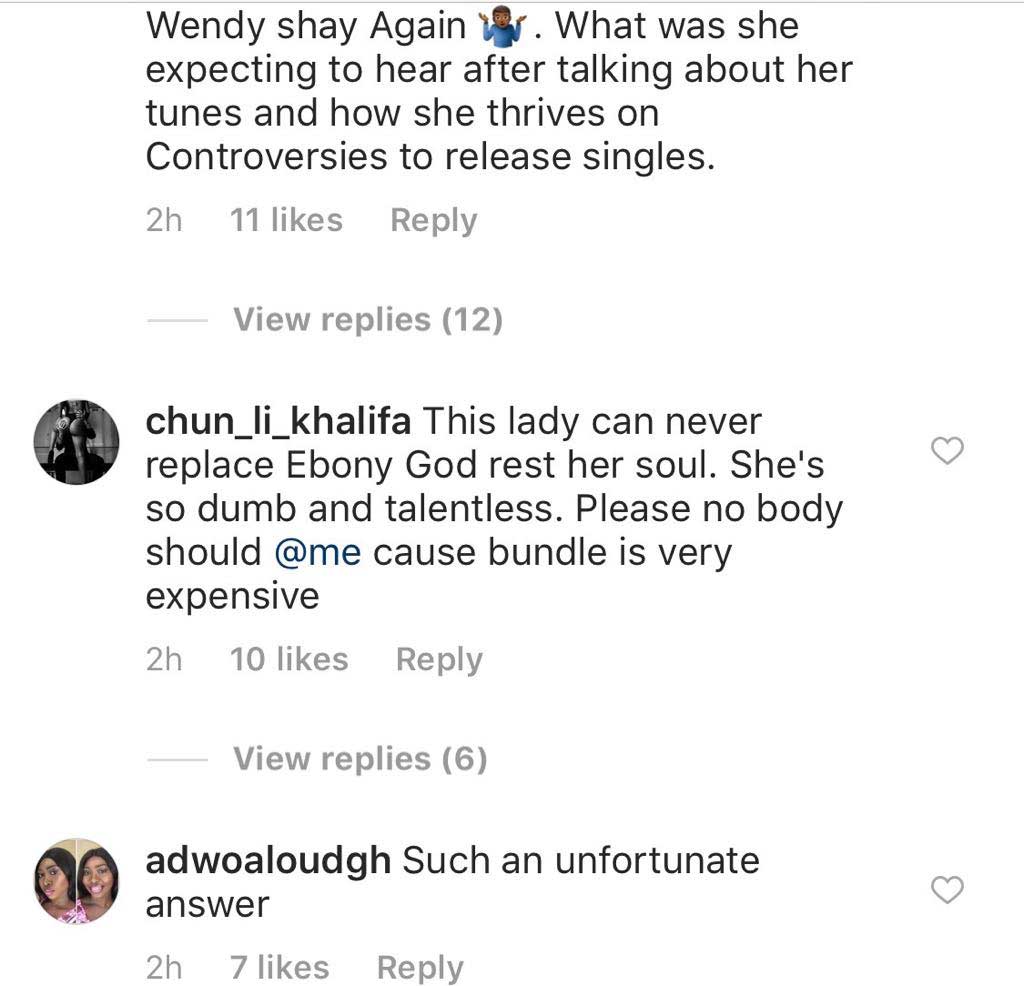 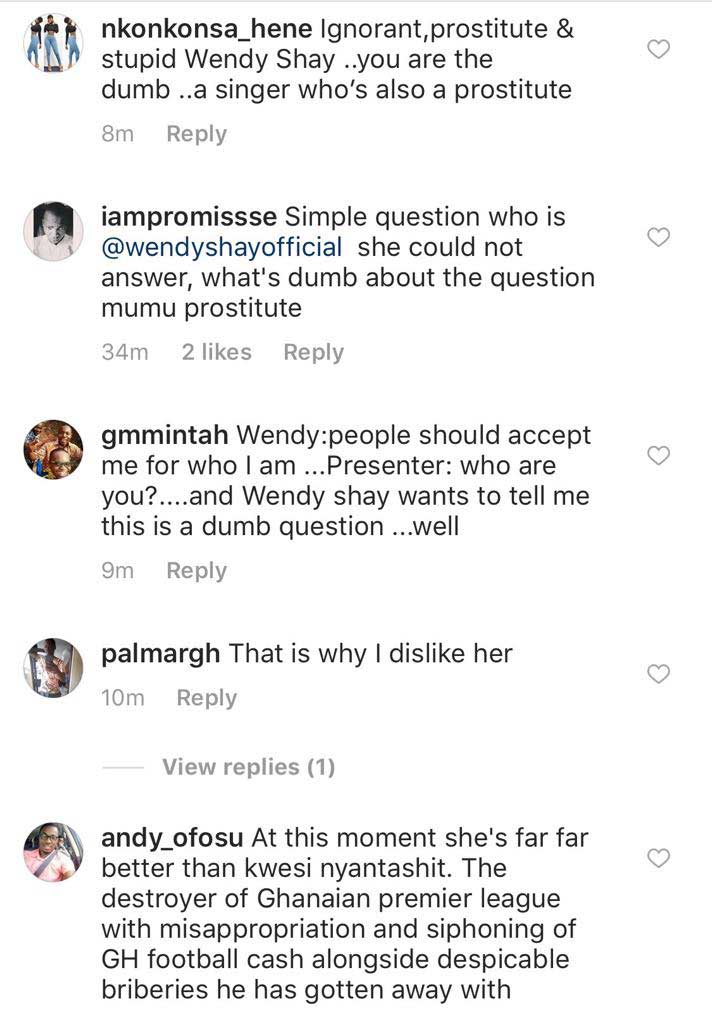 Neither Wendy Shay nor his management has offered any reasonable explanation for the uncivilized behavior yet. Stay with Ghpage.com for all your updates.

SEE ALSO: Watch the video of when Wendy Shay was caught fvcking Bullet

Rapper AMG Medikal has shared some advice to his fans on his Twitter page. The Rapper on Twitter is asking his male...
Read more