AMG rapper Medikal by now we are sure thought of getting some accolades from social media users after he sent out his controversial tweet but lack has not been on his side as it has now backfired and he is currently being bashed.

According to Medikal in his tweet, he came four years ago after he realized that the Ghanaian Rap music was dying and he came in to save and keep it alive.

But this tweet sparked some controversies on social media as users tore him apart for making that statement.

Also Read: Don’t be deceived with your ‘Rapper of the Year’ award – Achipalago tells Medikal

One social media user with the username Nana Boakye wrote: “So you too after the treatment of your epilepsy, high fever has also taken over right?. Opana you are an ordinary plantain chips rapper, very cheap and affordable nonfa rap…Shut the f*** up and concentrate to wash Fella’s panties in peace.”

See some screenshot of the bashing below 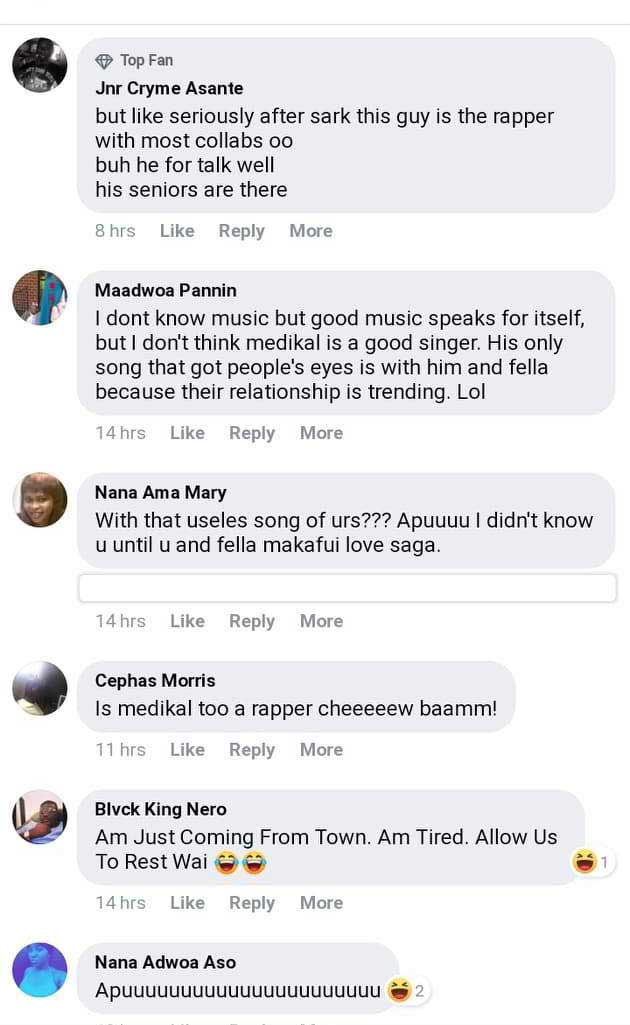 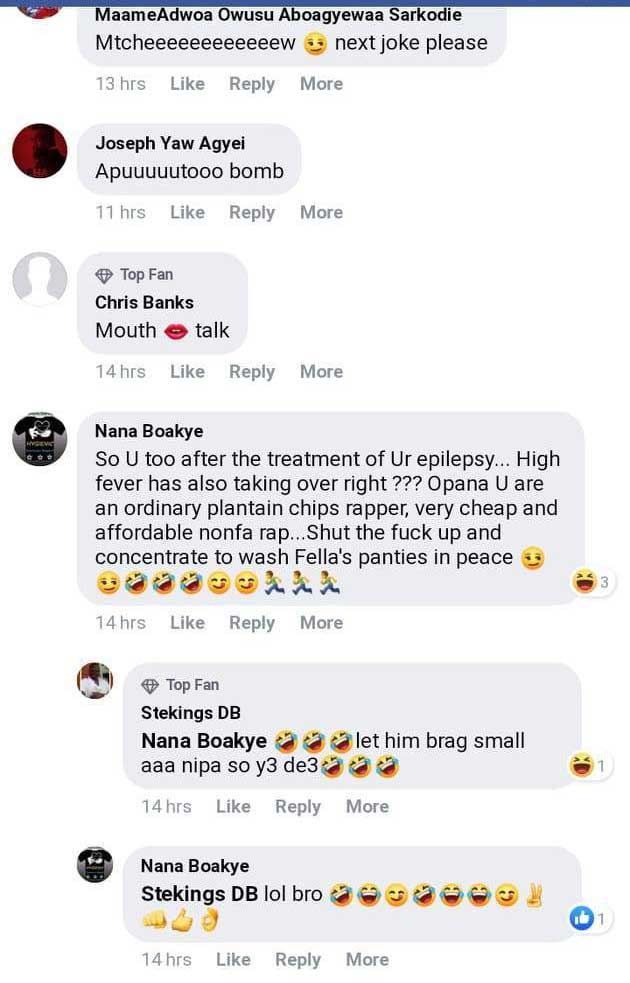