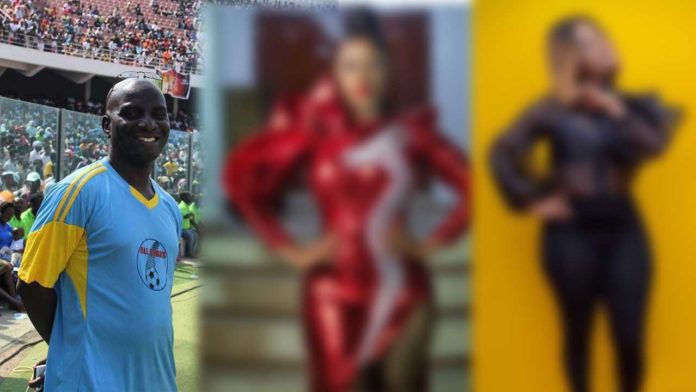 In Ghana, many people are of the view that in other to get a favor, you need to be ready to part ways with something in return.

A typical example is the release of BBC Africa’s documentary titled “Sex for Grades” which exposed some top University lecturers asking to sleep with their female students before granting them favors.

It’s a known fact that the University is not the only place that things of this sort happen.

Moviemaker Socrate Sarfo has also come out to reveal that some actresses deliberately offer sex for movie roles.

He said this is also a bother to the men in the industry, but they are not given attention as the women receive.

Socrate said all attention must not be given to the ladies when they make the claims, because some of them willingly offer themselves for the roles.

“We must not just pay attention to just the ladies, some producers may ask for sex before giving out roles but there are ladies who also offer sex to get roles,” Socrate said.

He confessed, however, that the movie producers and directors are often enticed by the good looks of the actresses, and they sleep with them.

“In my field of work, we tend to meet beautiful and attractive ladies at all times but the point is, some of these ladies deliberately entice us with their good looks so as to win our hearts so we give them roles,” Socrate said.

He threatened that if producers and directors should go-ahead to mention names and tell of the ordeal they go through in the hands of the actresses, Ghana cannot contain everyone.

“I have heard a lot of up and coming actresses complaining bitterly about being harassed by movie producers, should the producers take to the media to also voice out their share of the ordeal we are all going to see what happens in the country,” he stressed.

His comments come on the back of the sex-for-roles saga that has rocked the movie industry.