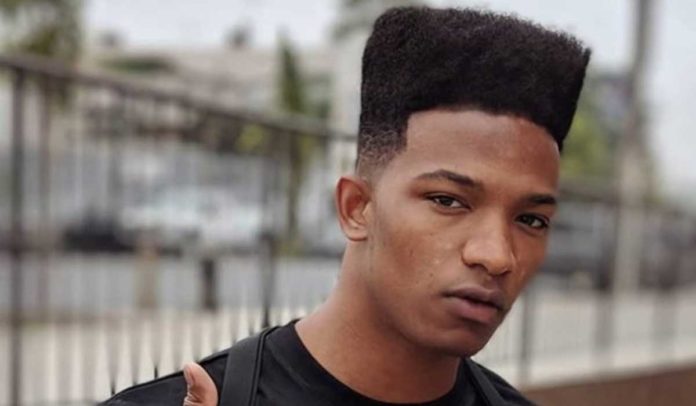 The New York Police investigating the disappearance of Daniel Desmond Amofah aka Etika have confirmed that they have found his lifeless body. Desmond was the son of Emmanuel Owuraku Amofah, former MP for  Abuakwa Central who also served as a Deputy Communication minister as well as Tourism minister.

Desmond Amofah who was 29 years was reported missing six days ago. His belongings were found on Manhattan Bridge on Monday. He had uploaded an eight-minute YouTube video in which he talked about suicide.

He had 321,000 followers on Twitter and 252,000 on Instagram. The 29-year-old had worried his followers with his behaviour on social media in the past, with the police called to his home following a suicide threat.

READ ALSO: I don’t sleep with married men I only do fraud boys – Efia Odo

Uploaded at midnight on the evening of the 19 June, his latest YouTube video, titled I’m sorry, featured Etika walking the streets of New York. In the film, he apologised for pushing people away and confirmed he suffered from mental illness. 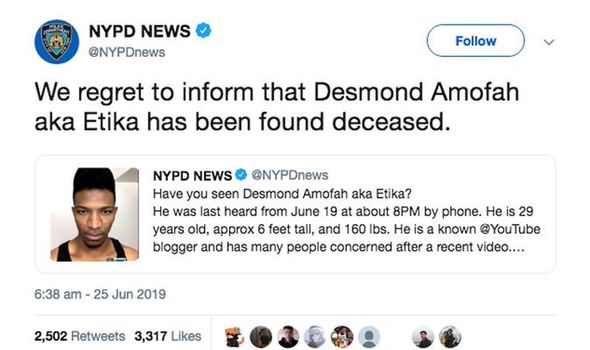