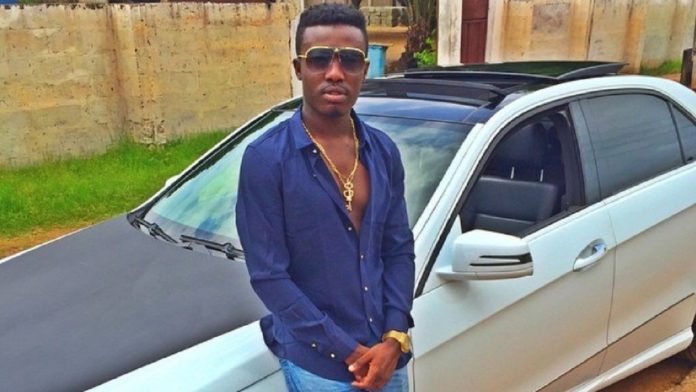 It’s obvious the trolls on Archipalago’s first single dubbed “Megye” is not coming to an end anytime soon.

The CEO of AMG Business Criss Waddle after the release of the song has taken to social media to mock Archipalago several times.

In a series of post, the “King Kong” hitmaker described Archipalago’s first single as noisy, adding that he is a comedian.

The social media sensation in reacting to Criss Waddle’s trolls threatened to beat him if he failed to stay out of his business.

However, Criss Waddle who is not ready to let sleeping dogs lie in a new post accused Archipalago of killing the former President of Zimbabwe, Robert Mugabe with his ‘noisy’ song.

Criss Waddle wrote on Facebook; “Anane Dennis (Archipalago) your foolish song killed Robert Mugabe ??? why did you do that to us?? Foorish boy ??? u think say music be gyemie ??? we will give you 5k dislikes before today ends #AMGBUSiNESS #megye”.

This comes after Archipalago recently released his first single which has received massive criticism in the history of Ghana’s music.