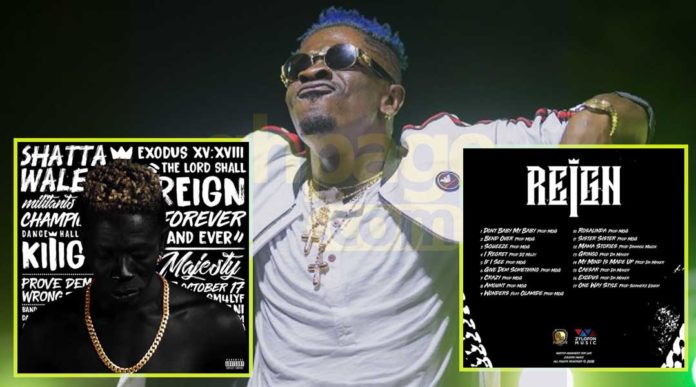 The much-anticipated album launch of Shatta Wale finally came off last weekend inside the Fantasy Dome and as fans would expect everything went on well and not even the diss song “Advice” could ruin the occasion.

After the successful launch, many have expressed their displeasure with the songs on the album with some even stating that the album is a “wack” album but was just over-hyped by Shatta’s SM fans.

Not only in Ghana have people expressed their displeasure with the album as other people from other parts of the world who have had access to the album have also said same.

The latest to talk about the album is the Co-Founder Of NAIJweb.ng who is known as Mr. Blay.

According to Mr. Blay its no doubt that Shatta Wale is one of the artiste putting Ghana on the map but he is sorry to say without fear that 95% of the songs on the “Reign” Album doesn’t make any sense.

He posted: “Well, Saturday 13, 2018 will ever go down in history as one of the biggest music album launches in Ghana but what happens next after the event.

Shatta Wale is undoubtedly one of the biggest musician putting Ghana out on the world music map.

However, after purchasing the REIGN and listening to all the seventeen (17) tracks on the album, I can say without any iota of fear that 95% Of The Songs ON Reign Album Don’t Make Any Sense.

Why do I say this?

Also Read: The “Reign” album is not wack- Shatta Wale

Secondly, Very Poor Production. Any good music producer and sound engineer would also agree that the production is very poor. I am forced to believe that Shatta Wale produced all the songs instead of giving it out the expert to do the production.

Thirdly, there is eventually no Ghanaian element in the songs. Like seriously, Shatta Wale didn’t follow any storyline to any of the songs on the REIGN album.

Talking about ‘Storyline’ I seek to mean that there is no Ghanaian elements like; Culture, tradition, and beliefs in the songs. I mean how can 17 songs sell the Ghanaian culture and tradition to the world?

Regardless, I will still congratulate Shatta Wale for the event itself because of the ambience and stage craft. But the Album itself is a big NO.

The veteran Ghanaian media personality, Otwinoko has finally spoken after Prophet Emmanuel Badu Kobi named him as a witness in his son’s...
Read more
Lifestyle

It is our hope to be at peace with everyone. Yet, anger is causing a lot of destruction and problems in our...
Read more
Lifestyle

A Roman father in Jamasi-Yonso in the Ashanti Region of Ghana has made history but sadly he did not live to witness the ‘fruit...
Read more