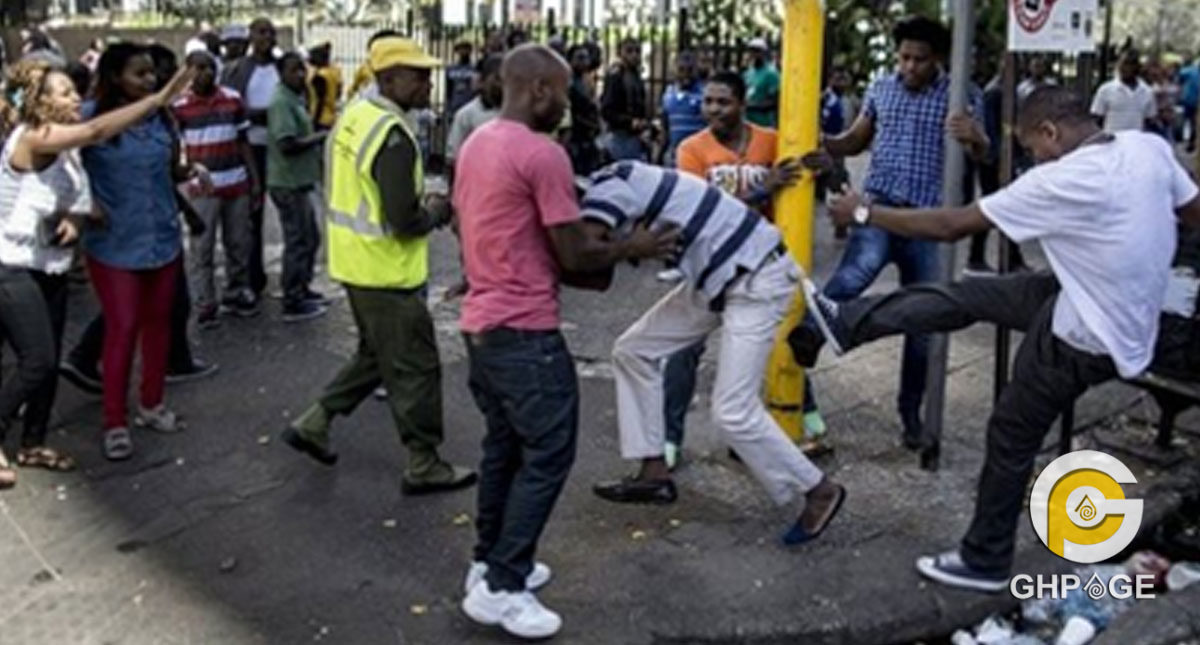 Ghpage.com has just learned that a Ghanaian national has been shot in a fresh Xenophobic attack on foreign nationals living and working in South Africa.

He was reportedly shot at West Hills a suburb in Johannesburg province. The unidentified Ghanaian male was shot in his leg when xenophobic attacks were launched on foreign nationals in the vicinity.

Narrating the incident in a recent interview on Okay FM, Wofa Atta, Chairman of the Ghanaian Association in Kempton Park Johannesburg, said that his outfit recently received the information of the attack on the Ghanaian citizen.

He revealed that the Ghanaian, however, did not die and help has been sent to him by the Ghanaian community, he said;

“However, I can confirm that he is in a stable condition and is also receiving treatment,”

This development is contrary to the Ministry of foreign affairs earlier declaration that Ghanaians are not being targeted in the xenophobic attacks on foreign nationals in South Africa.

The government has been advised to make the drastic decision of cutting all diplomatic ties with South Africa until it addresses the recent Xenophobic attacks on foreign African nationals in South Africa.

Members of the public wailed when gory photos and videos of properties of foreign nationals being destroyed, shops being looted and foreigners being attacked surfaced online.

This inhumane incident sparked a massive protest in Nigeria as protesters stormed South Africa owned businesses such as MTN and Shoprite branches across Nigeria looting wares and vandalizing their facilities.

MTN and Shoprite have temporarily closed down their outlets in Nigeria over a fear of further attacks.

The President of Ghana has however failed to comment on the xenophobic attacks and recent development.

Keep visiting this portal for prompt updates on the xenophobic attacks on foreign nationals in South Africa.