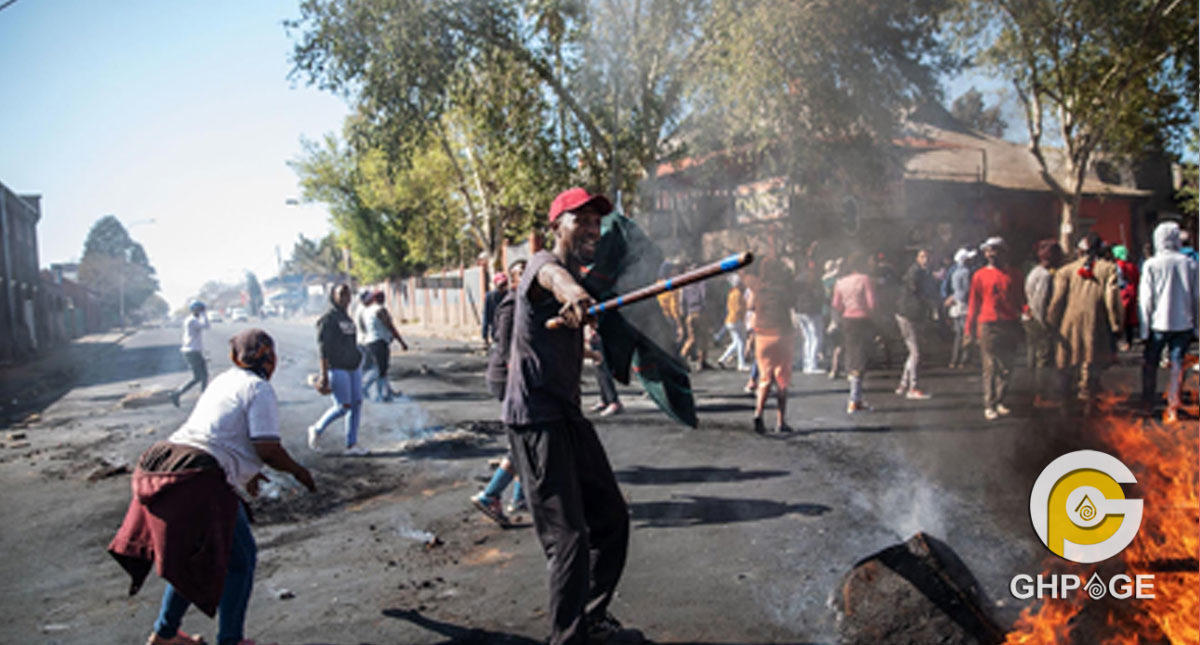 Social media woke up to devasting videos and photos of foreign owned shops being looted, properties and cars being destroyed by some unscrupulous South African citizens.

In a video sighted by ghpage.com, a man was sighted sending a clear warning to all African citizens living and working in South Africa. He said regardless of their nationality, be it Ghanaian, Nigerian, Zambian or Zimbabwean, all foreigners are not needed in South Africa.

Several countries have threatened to severe all diplomatic ties with South Africa in retaliation to these attacks.

The story continues to develop keep visiting this site as we update on the xenophobic attacks in South Africa.