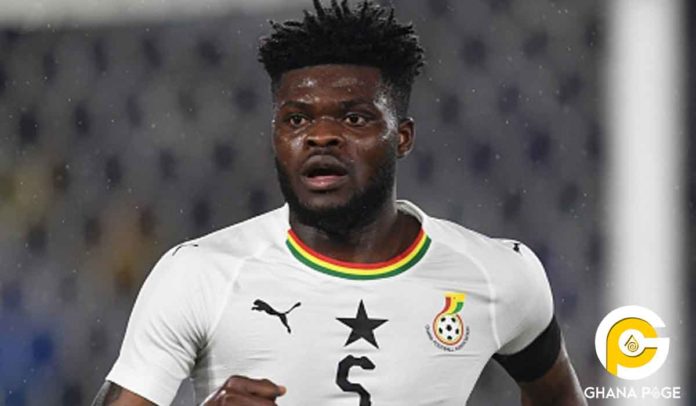 A few weeks ago, GhPage reported that the Madrid home of Ghanaian footballer, Thomas Partey had been broken into and robbed.

In a recent development, the Spanish Police have arrested four suspects alleged to be members of the gang that broke into Thomas Patrtey’s residence in Madrid.

In the home of one of the suspects, the police found stolen jewels, €10,000 and several other valuables, items belonging to Thomas Partey such as his championship runner-up medal and his passport.

The incident took place whilst Thomas Partey  and his Atletico Madrid team travelled to Moscow for a Champion’s League game.

The robbers broke into Thomas Partey’s Spain residence and carted away with several valuable items and cash.

According to Thomas Partey’s house keeper, she initially tried to resist the robbers but surrendered when the showed her the weapons they were wielding.