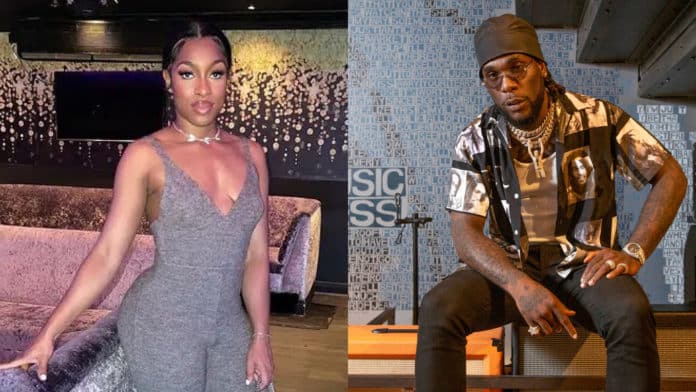 An eyewitness to the gunfire between Burna Boy and Steph Briella at Cubana Club recounts his account of what happened.

In the midst of the scandal surrounding the Afrobeat musician and a foreigner whose spouse and a friend were both shot, an eyewitness comes forward to tell his side of the tale.

Steph approached Burna Boy, who was seated in the VVIP section, to snap photos, according to a Twitter source named @AfricansOracle.

Steph’s husband, on the other hand, became enraged and yanked his wife from the singer’s space, causing a commotion in the club.

According to the eyewitness, Burna Boy took no move and laughed at his husband’s reaction until his escort fired bullets to calm the situation down.

Meanwhile, Steph Briella has released a video accusing Burna Boy of assault and attempted bribery by his parents.