Joyce Dzidzor Mensah, the former AIDS Ambassador, recently reacted on social media after she claimed her German baby daddy, Mr. Stephen, disappointed her. Apparently, the sister of her baby daddy’s wife has come out to reveal that all the things Joyce said were false and that Ghanaians shouldn’t take pity in her.

According to Joyce, her baby daddy withdrew from attending their baby’s naming ceremony which was scheduled for Saturday, June 27th.

She took to her Facebook page to express her disappointment in her baby’s daddy of which she claimed that he made her organize the program and she as well invited high profile individuals as guests.

Joyce claimed he didn’t show up for the naming and that the man blocked her from ever reaching him.

According to Mr. Stephen’s sister-in-law, Joyce lied and didn’t tell the whole truth in her video and that Mr. Stepen never blocked her.

She stressed that Joyce’s baby daddy, Mr. Stephen is a married man and he advised Joyce to keep their relationship secret, of which Joyce decided to use it to blackmail the man.

However, the baby daddy failed to keep the secret from his wife and the wife has reacted by not letting the man contact Joyce again but Joyce found her way into the man’s house to confront the wife about her position as the woman carrying the man’s baby.

The sister-in-law of Mr. Stephen has, therefore, threatened to sue Joyce Dzidzor for posting the man’s picture on social media without his consent; which is an offense in Germany. 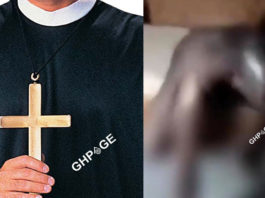 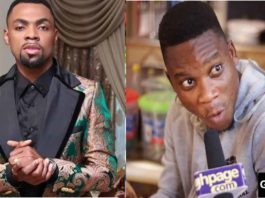 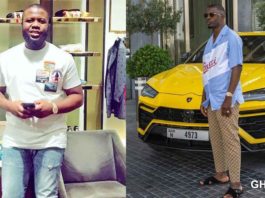