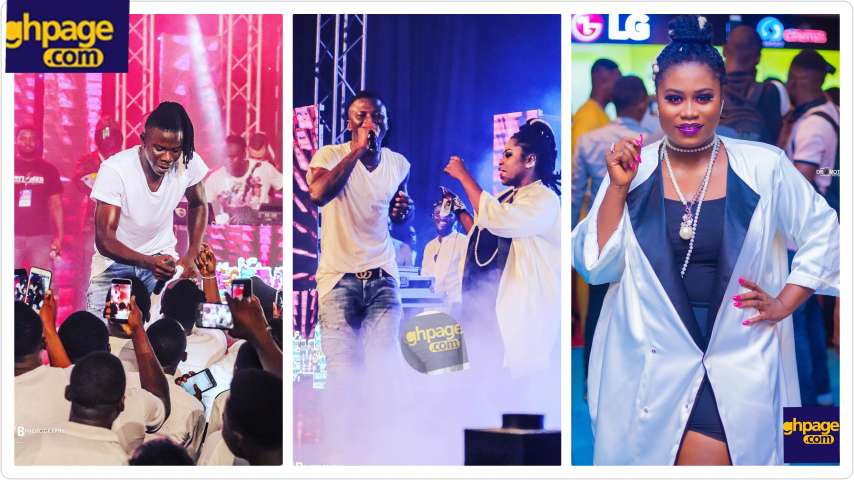 Ghana’s finest Dancehall artiste and president of Bhimnation, Stonebwoy gave one of his best performance at Citi FM’s Decemba 2 Rememba 2018 and a lot of people were really impressed .

Though he has his own concert coming up on December 28 for him to worry about giving a good show there,  Stonebwoy is rather out and about getting on other events and proving to them that he is the Stonegod.

Read Also :Focus on the message not my boobs Yvonne Okoro says as she puts her huge ‘melons’ on display

The auditorium was charged up when Stonebwoy came on stage to perform his popular “Tomorrow”. Of course his performance was one a lot of people had been looking forward to especially when he walked down to the crowd to pick actress Lydia Forson.

Stonebowy  released music video of “Tomorrow” in April this year; it featured a cameo appearance from actress Lydia Forson who was portrayed as a “Kayayo” he was in love with.

Lydia who took the mic from Bhim to sing her part got the audience excited in the auditorium, this was felt even outside the hall. It was an energetic performance.

Among the performers of the night are Sister Deborah, who just released the official Kakalika Love music video, Kuami Eugene, Adina, Kidi, Praye, Yaa Pono and Others .