Just In: Stonebwoy kicked out off the bill for tonight’s VGMA Nominees Jam 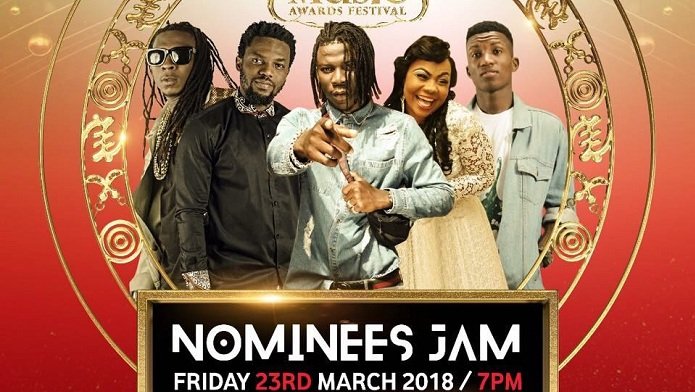 The ‘Bawasaba’ hitmaker was initially billed to perform at the bash, apparently without the consent of Zylofon Media, and he was kicked off after the company warned Charterhouse using him without their consent would lead to a lawsuit.

Stonebwoy had initially stated today that he would still be performing but a press release just sent out by Charterhouse has Stonebwoy’s name off the bill with Samini inserted instead.

At the 19th Vodafone Ghana Music Awards Press Briefing on Friday 9th February 2018 at the Movenpick Ambassador Hotel in Accra, CEO of Charterhouse Ghana, Mrs Theresa Ayoade outlined the calendar of events for the season with a key component being the date and venue for this year’s nominees jam.

READ THIS: Top 12 Ghanaian rappers who are now struggling to get a hit song – They were masters of the game

Initially slated for Saturday 24th March at the Jubilee Park in Cape Coast, the much-anticipated jam had to be rescheduled to today, 23rd for reasons including possible challenges with a live transmission on TV3, the official TV partner for the 19th Vodafone Ghana Music Awards.

READ THIS TOO: Enough: 10 Reasons Why Ghanaians Killed Ebony Reigns And Should Be Ashamed Of Her Death

With a line-up of some of the hottest acts on the nominee list for this year’s VGMAs, Charterhouse Productions, in collaboration with headline partner, Vodafone is happy to announce that all is set for the biggest outdoor jam to hit the Central Region in 2018!

The show will be hosted by GHOne TV’s Amanda Jissih with DJ Andy Dosty and the Patch Bay Band making sure the music never stops.

Another key excitement point for tonight’s jam is that keen contest between the UNSUNG ACTS who have all prepped up to set the stage ablaze;
From DopeNation to Royal Chris, O’Bkay to Real MC and Kelvinboy to Dhatgyal, it promises to be a night of nonstop entertainment.

READ THIS TOO: 10 Ghanaian Celebrities who look way older than their real age (Photos)

It is proudly sponsored by telecoms giants, Vodafone!