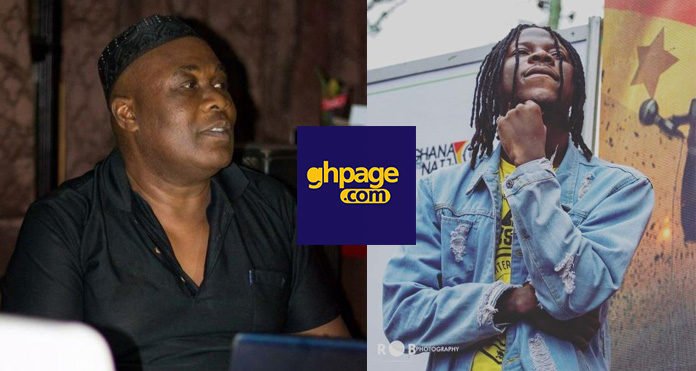 It seems there is still some sort of ‘tension’ between Stonebwoy and his label mates.

Willie Roi took to Facebook to make certain ‘unpleasant’ comments about Stonebwoy a while ago. 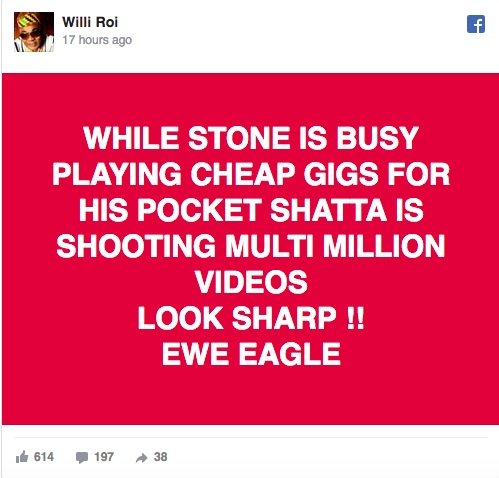 A few hours later, Zylofon Music after Mr Roi’s comment issued a disclaimer disassociating the company from the employee’s post on Facebook but Stonebwoy says that is not important. 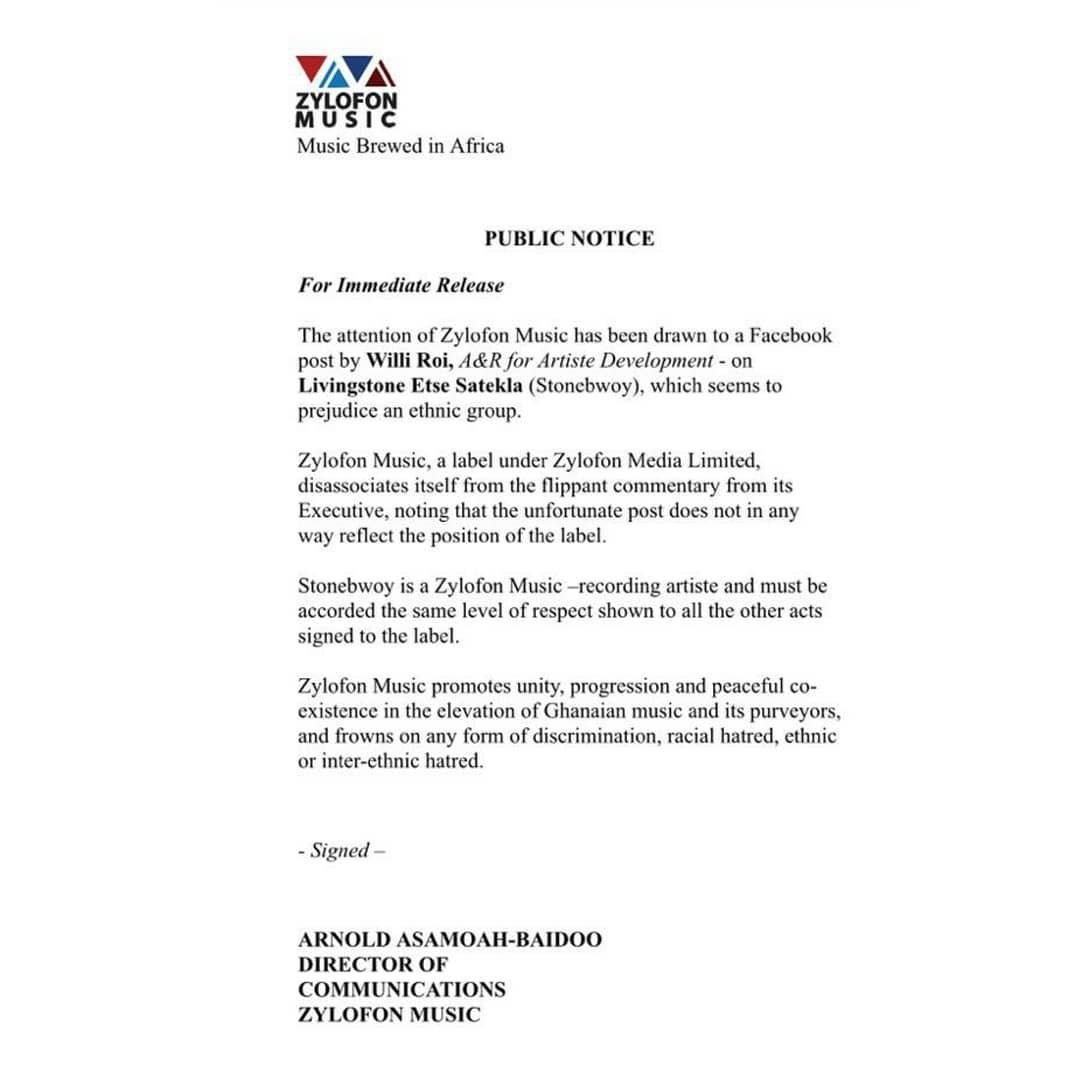 However, the dancehall act, born Livingstone Etse Satekla, responded to the press release with a shrug, instead demanding that an apology should be rendered to him, his fans and to the entire Ewe people.

“PRO Arnold, kindly Cut the Press Release sermon. It is just WISE For Willi Roi To Render an apology To BHIMNATION And the Entire EWE people For The Disrespect..”