Stonebwoy chills with Sean Paul & other top stars in Jamaica 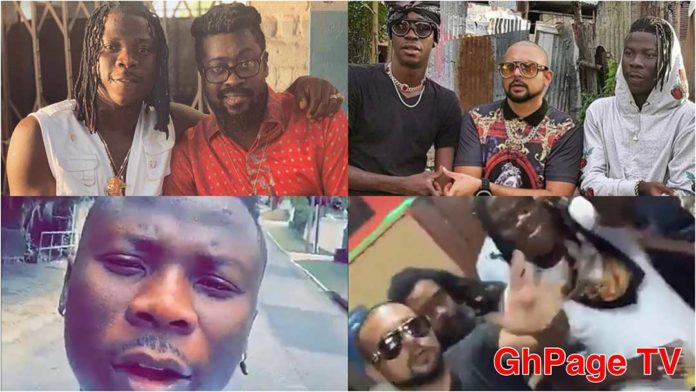 Ghanaian dancehall and reggae artiste, Livingstone Etse Satekla popularly known as Stonebwoy has been spotted having fun with Jamaican reggae musician Sean Paul and other big stars in Jamaica.

In the video, Stonebwoy was seen chilling with Sean Paul originally known as Sean Paul Francis Henriques and other top Jamaican stars.

ALSO READ: Archipalago hangs out with Stonebwoy in USA

The musicians were seen in what looks like a club, dancing their hearts away and having the time of their lives.

ALSO READ: Pastor Mensah Otabil reacts to the recent accidents in the country

He also announced a possible collaboration with the music icon through his social media handle on Monday.

He also shared a photo with the Grammy award-winning musician with the caption; “@stonebwoyb ft @kingbeenieman 19”.