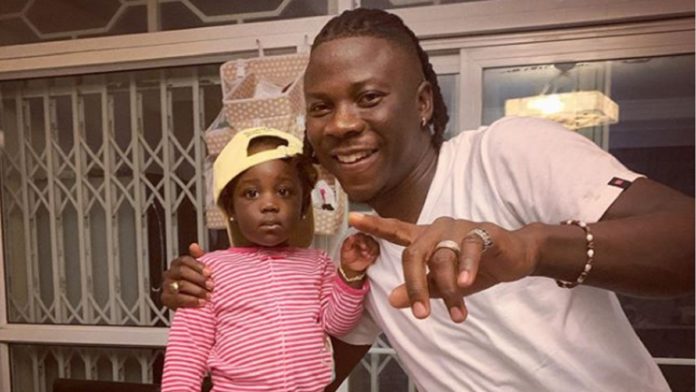 The beautiful daughter of reggae-dancehall artiste Livingstone Etse Satekla popularly known as Stonebwoy has caused a stir on social media after singing along to her father’s song.

The “Tuff Seed” hitmaker shared a lovely video of his daughter singing along to his hit single ‘Shuga’ on Instagram.

Catherine Jidula Satekla who is just two years old sang parts of her father’s song in a way that has got social media users talking.

Stonebwoy shared the video on his Instagram page with the caption; “My Shuga!! Jidula Killed the shuga lyrics challenge”.

mastergarzy also stated; “How she no say osheeee is coming. Cos she was on the right timing for that. Wow. Kids”.

Stonebwoy_ba had this to say; “Her vim when “Zaga” came up is everything charley”.

Kalybos_pro wrote; “This is lovely mehn”.