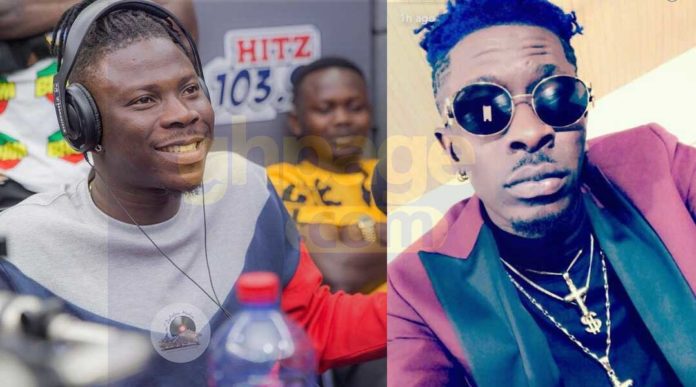 When we all thought that Shatta Wale and Stonebwoy‘s meeting together with his manager was going to be the climax of their long-term rivalry, Shatta Wale has stated that hanging out with Stonebwoy’s manager does not mean that they have smoked the peace pipe.

A video of Shatta Wale, Stonebwoy and Stonebwoy’s manager, Blakk Cedi handing out together in good spirit is going viral on social media and it has got many people wondering if the standing beef between Shatta Wale and Top Skanka hitmaker has been suspended or what?

From the video, it’s obvious both feuding parties were happy to be together and there was no malice in the air but according to the ‘ayoo’ hitmaker, the viral video which saw him with Stonebwoy’s manager, Blakk Cedi was when he went with Zylofon properties to buy a land and he bumped into Stonebwoy’s manager and he decided to take a picture with him.

“He disclosed that Stonebwoy’s manager, Blakk Cedi was there and he that we take a picture together, we have not settled any difference…”