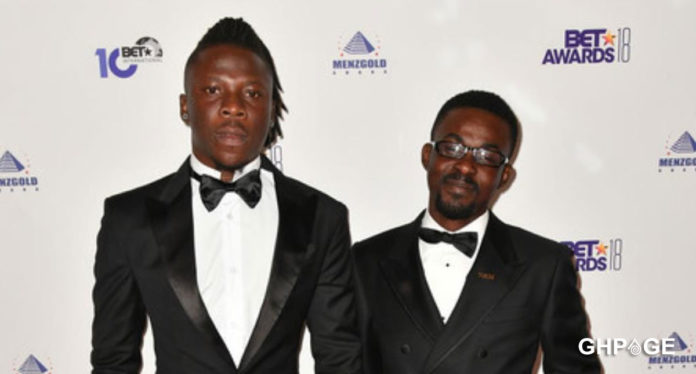 Today, CEO embattled gold trading firm, addressed the public regarding the state of the affairs of his company, Menzgold Ghana Ltd.

He reassured the press and members of the public specifically his customers who have formed a coalition; ‘Aggrieved Customers of Menzgold’ that he would resume payments of their accumulated monthly returns as well as their principal as soon as the government, unfreezes his account and assets and also help him to retrieve his locked up funds in Dubai.

He, however, added that he couldn’t set a specific timeline for this to happen owing to his ongoing criminal and civil trials.

Reacting to his press former signee o Zylofon music, a subsidiary of Zylofon Media owned by NAM1 has commented on some of the issues NAM1 discussed in the presser. He also reaffirmed his support for his former boss and friend.

“@nm_appiah Thanks for The Presser. We Pray that the Powers That Be Will in view of the current predicaments going on especially with the #Menzgold Customers, Help To undo The Deeds On Your Acc And Assets To Allow You Access To Calm The Storm..#GhanaShallProsper” 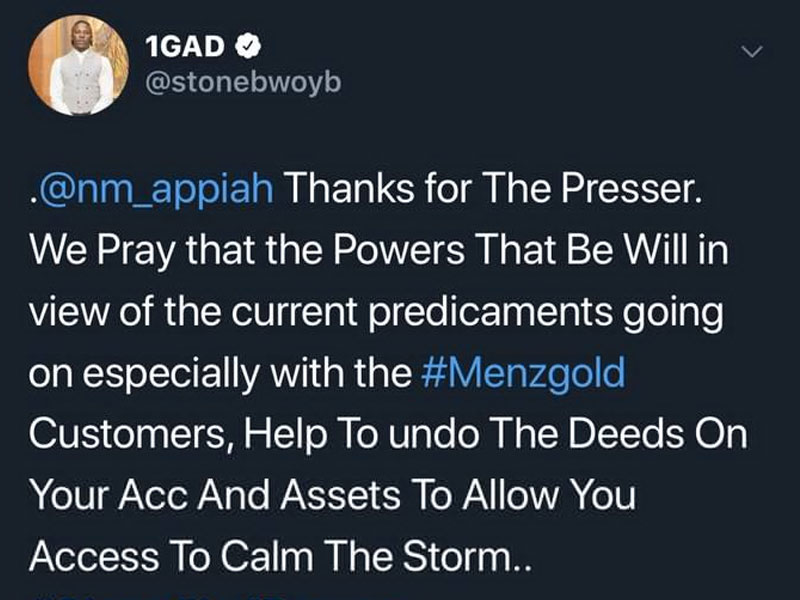 NAM1 has been released under bail whilst he awaits trial for his criminal and civil cases levelled against him.

Do you believe the government should unfreeze NAM1’s assets as well as banks accounts whilst he is being tried for several criminal charges including money laundering?

What are your thoughts and comments regarding this very sensitive issue taking into consideration the locked-up funds of several Ghanaians?