Stonebwoy to run for Member of Parliament for Ashiaman 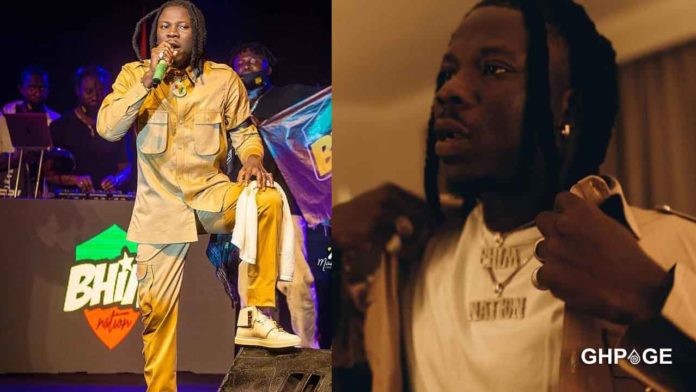 Renowned Ghanaian dancehall artiste, Stonebwoy has declared his decision to run for a Member of Parliament for Ashiaman in due time.

The BET Award winner disclosed that he will humbly accept to serve the people of Ashiaman if the need be.

Stonebwoy added that he has embarked on a number of activities in the Ashaiman Constituency hence, he is capable of being a Member of Parliament.

According to the ‘Putuu’ hitmaker, he has the influence to represent his people in parliament.

“If they say Stone, we believe you can represent us, I wouldn’t refuse. I go run rough. Is it not the same work I’m doing? I don’t sleep, singing always, supporting and serving people.

So if someone hears Stonebwoy they will even be happy. I have done all the activations, so am I not serving the people?

Now if they want the road to be done, we, who have the influence have the mouth to speak to that effect. The position we play is bigger than a political side”, Stonebwoy declared.

“I believe in affiliation but I will take my time and when the time is right I will reveal my party affiliation”, he added.

According to Stonebwoy, his sole aim is to serve the people of Ashiaman, adding that work must be done no matter the political colors.

‘Why the crab has no head’-Delay subtly jabs Afia Schwar for causing Moesha’s madness?