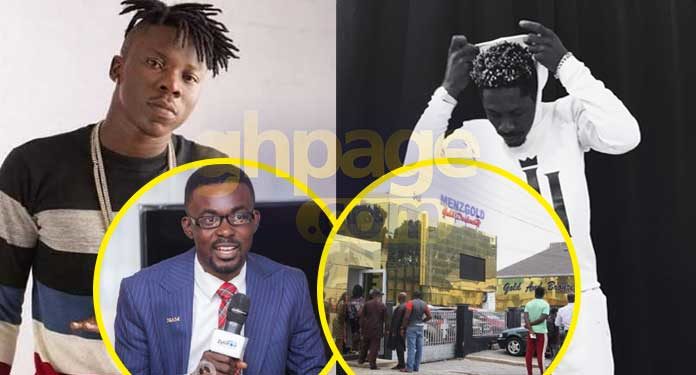 Stonebwoy has spoken on why he gets fumed anytime issues of him and Shatta Wale are raised especially in his presence.

In an interview on Starr FM, the ‘Bawasaba’ hitmaker was asked what moves him to get angry to the level of threatening his rival.

Stonebwoy got angry and sent a strong warning to his archrival Shatta Wale for accusing him of killing his mother on live radio.

According to him, he could not fathom why Shatta Wale would think of leveling such an unsubstantiated allegation against him for killing his own mother.

According to him, Shatta Wale is not a torn and will never be a torn in his flesh as far as music is concerned. He further stated that the only level that he relates to Shatta Wale is because they are musicians citing that being signed unto Zylofon with Shatta Wale cannot bridge the gap and create harmonies between their rivalry.

Speaking on current issues concerning Menzgold, Stonebwoy expressed concern over the possible effect Menzgold would have on other sister companies.

Read this: Afia Schwarzenegger set to marry this December

According to him, entities such as Zylofon Media and Zylofon cash which derives financial support from Menzgold could experience some shake-up, a situation he feels unhappy about.

Read more: Shatta Wale and Stonebwoy reported to the council of State