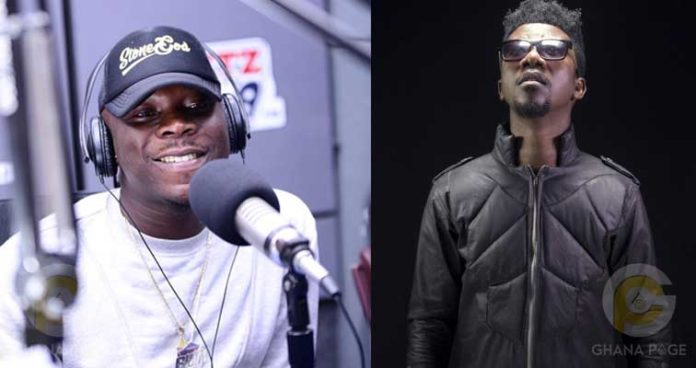 According to Tic, the selfishness among people in the Ghanaian music industry is what is killing the industry. The fight for supremacy shouldn’t be the ultimate goal of an artist.

He further registered his displeasure about how only a few musicians have hijacked the music space for shows.

But reacting to this on Daybreak Hitz on Hitz FM on Tuesday, Stonebwoy said Tic, even though his career is cemented in Ghana’s music scene and as his time, “himself, Tinny and some other artiste were ruling the music scene. They were hotter when some of us were not,” he added.

“Every season, [I mean] five to ten years, we do have new acts who will top the lead. Once upon a time people got used to the style of the “Ss” Sonni Balli, Samini and Sarkodie, but now the “Ks” Kuami Eugene, King Promise and company are doing so well,” he added.

He continued that, “we realised that people get used to certain styles and it’s like a ritual now and that’s part of the problem. Maybe ten years from now, other artists will be hotter than some of us,” he stated.

When queried how the problem can be solved, Stonebwoy simply said the system makes older artistes less expensive to book than current musicians.

According to Stonebwoy, older acts are supposed to be expensive to book if only the music system works in Ghana compared to how it is done in the Western world.

“If the system will be fixed, the Tic Tac and others would have been expensive to book than most of us. We have people who are 50 years and still doing it. I think it’s about how we position ourselves and that’s how we become confident. This is what Tic feels and everyone will have their prime time. He did have his and we are still here. Once you’ve been there and done that, the older you grow, the more expensive you should be but our system doesn’t allow that and it gets me scared too,” Stonebwoy said.