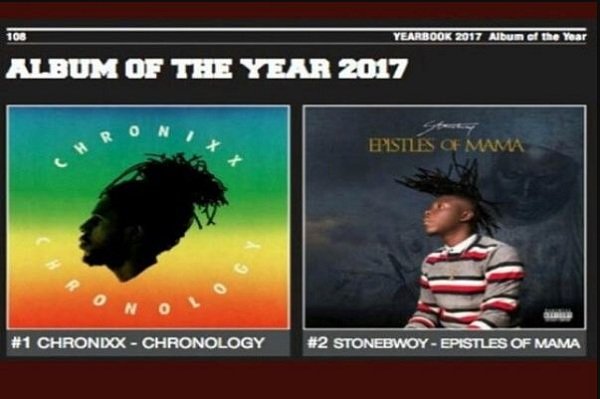 Stonebwoy’s ‘Epistles of Mama‘ has been rated the second best album in the world. His spot gunned down many heavyweight albums, which saw Chronixx’s ‘Chronology‘ topping the list.

The album which was released last December featured artists including Sean Paul, Burna Boy, Sarkodie, Efya, King Promise, Edem and Joey B. The double disk project is made up of 24 songs – 12 Dancehall/Reggae songs and 12 Afrobeat songs.

The album is inspired by the good morals, the teachings, the lessons, the anguish and the smiles of life. All the important things in life which are passed on to us by our mothers.

READ ALSO: “Stonebwoy Knows He Didn’t Deserve the 2015 BET Award, I Did” – Shatta Wale Cries Out

He then dedicated the album to the memory of his mother, Catherine Satekla, who died in 2015. 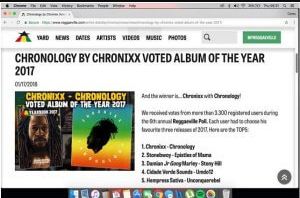 He became the second Ghanaian Grammy nominee after an album he was featured on earned a nomination at the 2018 Grammys.

‘Avrakedabra‘ by Morgan Heritage was nominated in the ‘Best Reggae Album‘ category at the awards scheme.

ALSO, READ: My Parents Had Doubt In My Music Career- MzVee Opens Up