Stop bragging, what do you have; poor man -Rev Obofour tells Obinim 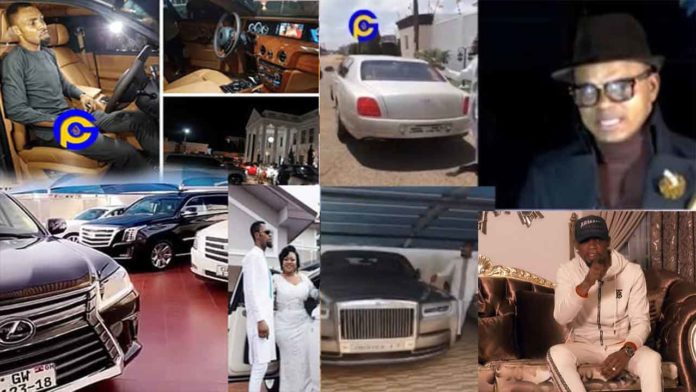 The fight between the two popular men of God, Rev Obofour and Angel Bishop Daniel Obinim have taken a new turn.

In the latest video sighted by Ghpage.com the founder and leader of Anointed Palace Chapel, Rev Obofour warned Angel Obinim to stop bragging.

Rev Obofour described Angel Obinim as a poor man whose wealth cannot be compared to his.

According to Rev Obofour, he sees Angel Obinim has someone who has achieved nothing and that he is actually a poor man.

“What do you have? I see you as someone who has achieved nothing and you can never be counted among the rich folks.

You can brag to your junior pastors but not to me. If you claim you are a spiritual and powerful man, you don’t talk, you crash”, Rev Obofour warned.

Rev Obofour also disclosed that Angel Obinim borrowed the first Range Rover he used and lied to his congregation about it.

Obofour further stated that he is tired of Obinim’s insults and false accusations and will reply him accordingly.