Stop the many features & build a foundation first-Jamaican Media personality 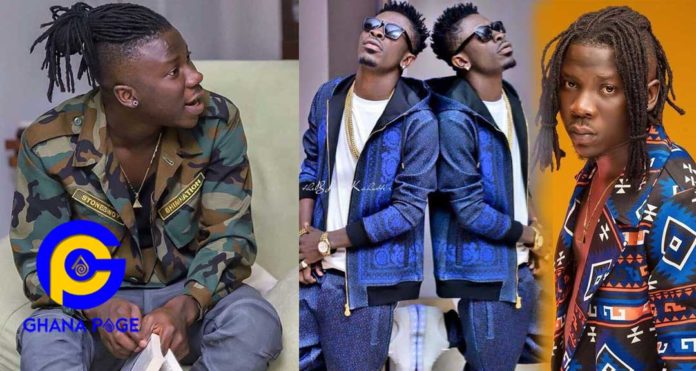 A popular Jamaican media personality identified as Kim A Siv Dem has waded into the ‘beef’ between dancehall artistes, Stonebwoy and Shatta Wale over the former’s feature with several Jamaican artistes.

According to Kim A Siv Dem, Stonebwoy must build up his name first in Jamaica before featuring any artist.

ALSO READ: Featuring everyone in the music industry won’t make you a big star -Shatta Wale

Kim took to social media and stated; “u want to do a feature with every artiste, what are you doing collecting bodies? Shouldn’t you want to build a foundation for yourself first? U build ur house starting from the top? Ask Charles Nii Armah Mensah what I told him about foundation in Jamaica? Build up ur name first so that when you do a big feature it HIT!!!!!”. 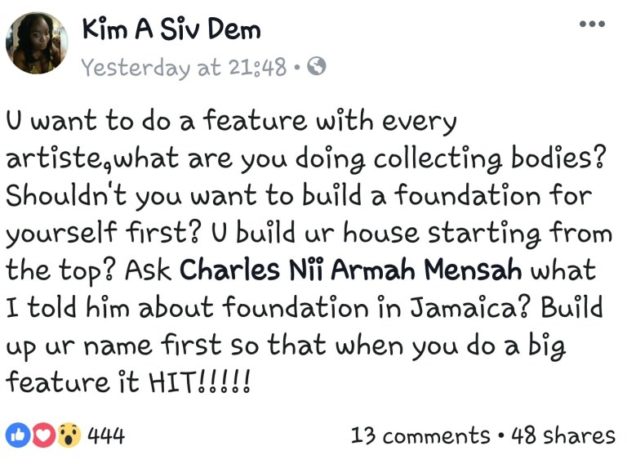 The Shatta Movement boss recently took to Twitter to throw an indirect shade to Stonebwoy over his collaborations with some top Jamaican stars.

According to him, featuring everyone in the music industry will not make Stonebwoy a big star.

This shade directed to Stonebwoy came after he was spotted in Jamaica with some top musicians.

Stonebwoy has also collaborated with several artists like Sean Paul, Kabaka Pyramid, Morgan Heritage among others.