Stop saying Jesus is coming soon; is been 2,019yrs he’s still not here-KSM 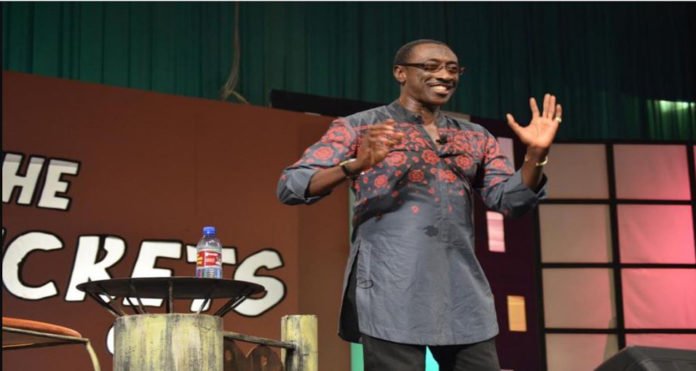 Veteran Ghanaian comedian KSM, who seldom annoys his followers with pokes against Christianity, has taken another jab at followers of the faith.

In a post sighted by Ghanapage.com on his twitter handle, KSM said Christians must stop saying that Jesus is coming soon because it’s been 2,019 years now and he’s still not here so ‘soon’ is not really the right word to describe his coming.

Read Also: Daddy Lumba Is my father and he knows it – Efia Odo reveals

He tweeted: “For 2,019 years, it’s ALWAYS been said JESUS is coming SOON. Can we just drop this SOON matter and just say EVENTUALLY? #justthinking.”

It has been battling my mind why Ghanaian celebrities are recently taking swipes on Christians and their master, Jesus Christ as they keep on making rants about them.

One of the famous words among Christians is “Jesus is Coming Soon”-for over 2,000 years now Christians around the world have been promising the world that their Lord and Savior Jesus Christ is coming soon, and for 2,000 years Jesus has continued to refuse to come.

It is obvious that the word “soon” has been used in that Christian sentence than any other line of words in this world but after two millennia you would think they would stop but it seems it’s rather increasing.

For 2,019 years, it’s ALWAYS been said JESUS is coming SOON. Can we just drop this SOON matter and just say EVENTUALLY? #justthinking ?