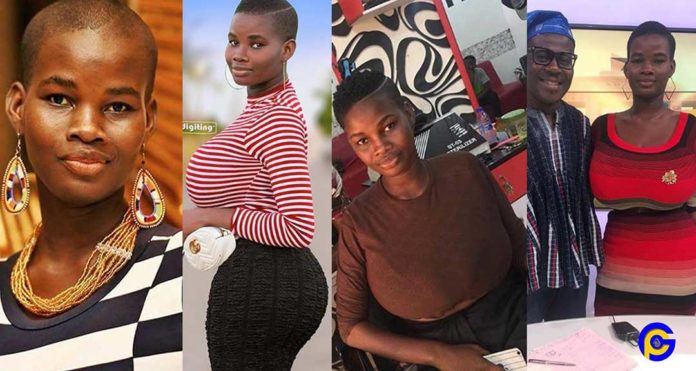 Social Media model, Pamela Watara who has been trending for some days now after her alleged “atopa-tape” got leaked has disclosed why she has stopped going to church.

According to the big b00bs video vixen, her decision to stop going to church is because a Pastor duped her of her hard-earned money.

”I used to go to church but a Pastor once duped me of my $200 so I decided not to go to church again,” she revealed in an interview with Kwaku Manu on his show ‘Aggressive Interview’.

In her narration, she revealed that the man of God prophesized that she will travel to the USA and then requested a sum of GHC1000, equivalent to $200 to be paid as a seal on the prophecy but it never came to pass; thus her reason to quit going to church.

“The Pastor told me that someone would take me to the States last 2 years. I don’t want to mention the name of the church. The pastor told me to bring $200 because he wanted the money in dollars so I went to ‘exchange’ my GHC 1000 to dollars.” she added.

Meanwhile, to the big breasted model in a different interview, she noted that her mother was against her photo-modelling job at the beginning but since she has started enjoying some money from it, has rescinded her decision and currently supporting the movement in order to make it great and strong.