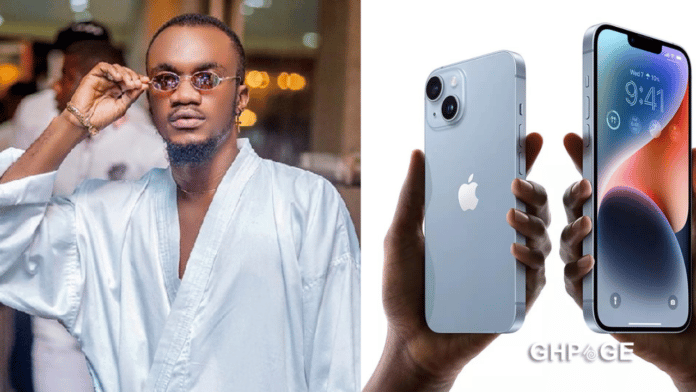 Talented Ghanaian singer and performer, Mr Drew, has confessed on the internet that he needs the help of a sugar mummy to acquire any of the latest set of iPhones in town.

Earlier yesterday, Apple announced the iPhone 14 lineup, consisting of the base iPhone 14, the slightly bigger iPhone 14 Plus and the faster, more capable iPhone 14 Pro and 14 Pro Max.

Taking to his Twitter page to openly declare he has space in his heart for rent at the moment – And he’s only interested in giving it out to a sugar mummy who will buy him an iPhone 14, he tweeted;

“Any sugar mummy looking for a young energetic guy.. man needs to get the i14 and God of War ragnorak“

A lot of slay queens are going to get their vayjayjay drilled like boreholes in order to get any of the iPhone 14s.