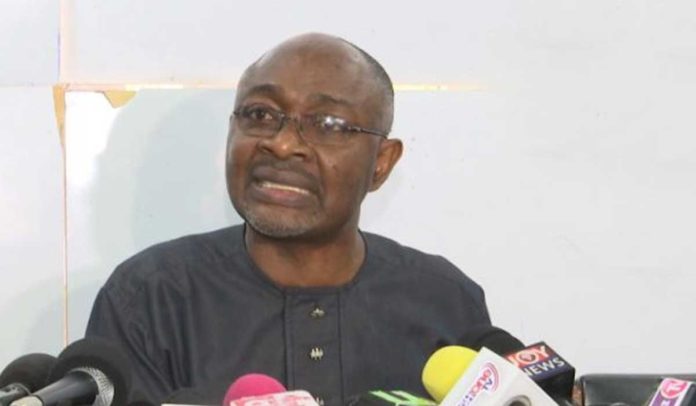 Justice Alfred Benin of Ghana’s Supreme Court has ordered for the sale of property of embattled businessman, Alfred Agbesie Woyome to defray part of the judgement debt he fraudulently received from the state.

It would be recalled that Mr Woyome was paid GH¢51 million for helping Ghana raise funds to construct stadia for purposes of hosting the CAN 2008 Nations Cup.

However, an Auditor General’s report released in 2010 said the amount was paid illegally to the opposition National Democratic Congress (NDC) financier. There have been many legal tussles to retrieve the money.

READ ALSO: You must produce the missing Takoradi girls in 14 days or resign – NDC to CID boss

Former AG, Martin Amidu, however, proceeded to the Supreme Court as a private citizen and managed to retrieve for the state millions of cedis said to have been paid illegally to Mr Woyome.

The judges stayed a verdict on the Woyome case Amidu brought before them because the matter was pending before the High Court.

READ ALSO: NDC and NPP can’t be compared to my party – Akua Donkor

The properties valued at GH¢20 million include the following;

5. Mining quarry owned by Mr. Woyome in the Eastern Region of Ghana.