Takoradi kidnapped girls are not dead, they are in Nigeria -Suspect insists 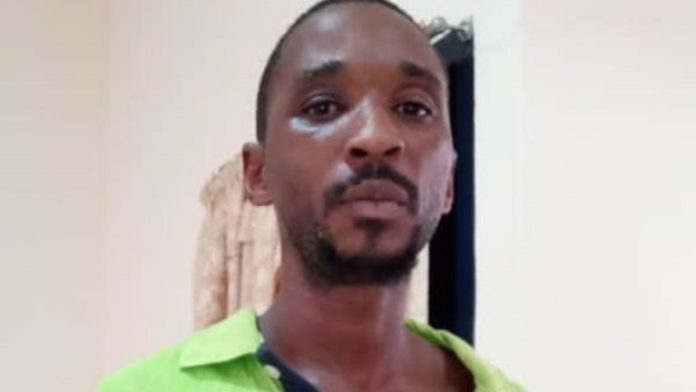 The prime suspect in the kidnapping of the three Takoradi girls, Samuel Udoetuk-Wills has stated that reports circulating that the kidnapped girls are dead is not true.

The suspect insists that the girls are alive and currently in Nigeria where they were taken to and that the human parts found at his former residence are not that of the girls.

Samuel Udoetuk-Wills stated that he has no idea how the human remains found its way into the septic tank at his former residence.

He, however, reiterated his point that the three girls who were kidnapped last year are still alive and in Nigeria.

“The girls are alive and not dead. The girls are in Nigeria and not in Ghana and I don’t know how those human parts found their way into the drain”, the suspect told the interrogators.

It can be recalled that the police retrieved some human parts from a septic tank close to the apartment of the alleged kidnapper, Samuel.

It was reported that these human parts were that of the kidnapped girls Ruth Quayson, Priscilla Koranchie and Priscilla Blessing Bentum who went missing since August 2018.

The Police, however, revealed that the human parts would be sent to the forensic science laboratory for analysis.

The prime suspect, Samuel was arrested last year in relation to the kidnapping and escaped from jail in December.

He was later rearrested and is currently facing another charge of escaping from jail.