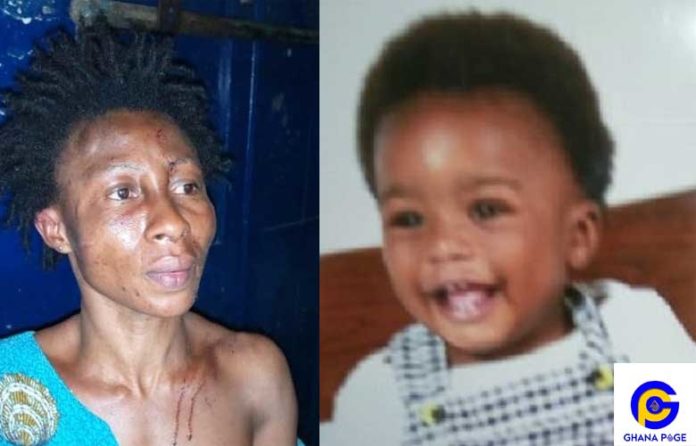 Rose was found guilty after she kidnapped a one-year-old baby at the Takoradi market in the Western region.

The court at the last hearing demanded a test to be conducted on the suspect after her mother disclosed that she was not mentally sound.

However, Rose pleaded guilty to the offence and the case presided over by Her Ladyship, Abena Akyin Doku handed down her sentence after the hospital result.

ALSO READ: You are a fake girl lying for attention -Moesha Boduong to Efia Odo

It will be recalled that on 25th March, one-year-old Francis Mawusi Ahiabenu was rescued by the Western Regional SWAT team after he was kidnapped at the Takoradi market.

The baby was stolen from his mother when she was attending to customers in the market.

The woman involved in the kidnapping had an accomplice, a man who is believed to be a Togolese identified as Lawson Lartey,

According to eyewitnesses, a CCTV being used by the bank captured the kidnapper stealing the baby.