RE: Emelia Brobbey is proud & arrogant unlike McBrown – Safina Haroun 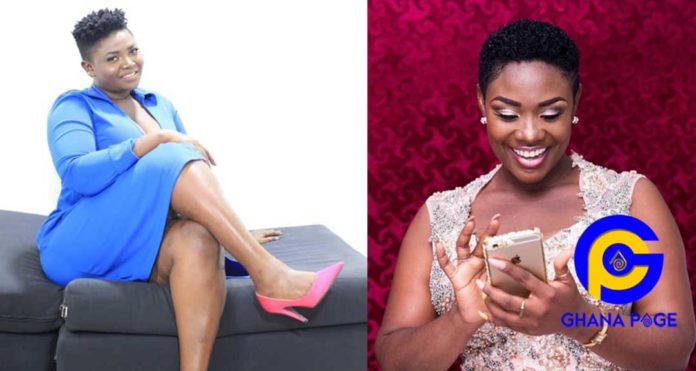 In early January, sensational and fast-rising Kumawod actress, Safina Haroun granted an interview with Ghpage TV’s F Christi on the “Fame Show” and in the course of the interview, the name of Emelia Brobbey popped up.

Mentioning who her role models are, Safina revealed she revered and worshiped 3 people in the movie industry; Prince David Osei, Nana Ama Mcbrown and Emelia Brobbey but she now has two of them as her role models.

Pushed for reasons why she dropped Emelia Brobbey, Safina Haroun revealed that Emelia snubbed and gave her some bad attitude when she met her on set once.

When the interview came public, Emelia Brobbey took exceptions to her description by Safina and threatened to sue Safina Haroun if she does not retract and apologize.

Well, in a new interview with the same host, F Christie of Ghpage TV, Safina Haroun has retracted her statement about Emelia Brobbbey and has rendered an apology to her.

According to Safina Haroun, she never aimed to defamed Emelia Brobbey as the video sought to suggest because she is her elder sister in the industry.

She also called for unity among Kumawood actress and begged actors to settle issues amicably as brothers and sisters.

WATCH THE FULL INTERVIEW BELOW (SKIP TO 8:13 MINUTES FOR THE APOLOGY/RETRACTION)

Safina Haroun, the producer of “Taste of A Woman which is being premiered across the country also touched on the motivation behind the movie.

According to the endowed actress, it is a common thing among some pastors to sleep with their church member but put up a good face in public and those people need to be named and shamed as she preached in her movie.

She also denied the movie is pono movie a being suggested by some people who have seen the trailer and called on them to watch the full movie.

Share
Facebook
Twitter
WhatsApp
Previous articleThe best manager for any female Gospel musician is her husband – Joyce Blessing
Next articleShatta Majesty could be Stonebwoy, John Paintsil or my son-Ara B

Undoubtedly, Serwaa Amihere is one of the most beautiful media personalities in Ghana and she has made a name for herself as...
Read more
Entertainment