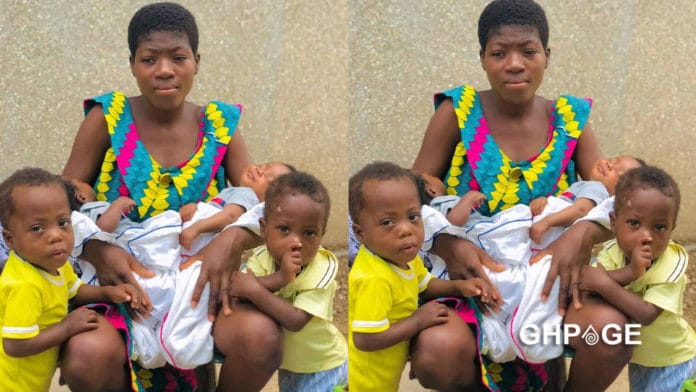 A 17-year-old mother of two sets of twins who made headlines on social media and traditional media earlier in June has been placed on a 5-year Child Birth Control after two consecutive unplanned pregnancies.

Diana received enormous support from some benevolent individuals who were touched by her plight after photos of her sad situation were published. It was gathered that the fathers of the babies had abandoned them and their mother to their own fate.

Items ranging from food, toiletries, and cash were given to the young mother to aid her in feeding the twins and setting herself up as far as her financial state was concerned.

After her predicament hit social media, it triggered a wave of discussions with many suggesting wondering how she ended up in such a situation with irresponsible men.

The latest on this development is that Diana and her mother have agreed to a family planning programme to prevent a third unplanned pregnancy.

This news was shared by the social media page Twins Diaries in a Facebook post that read:

Thanks to all those who donated in cash(Money), clothings and food. We say God bless you.

And the most important of all, Diana is now under Child Birth Control (Family Planning) thus 5 years, which was agreed by Diana and her Mother.

Now, we are delighted and can confidently confirm that Diana will start her own business from the donations she had recently. We all made this come true.
Glory be to God!!