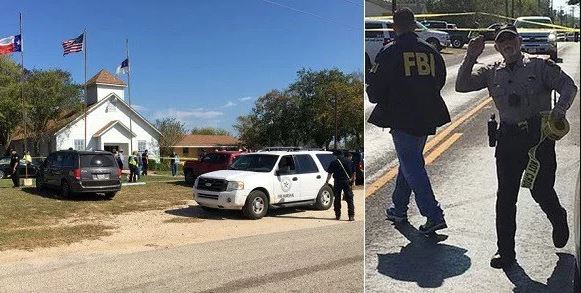 According to what Ghpage.com has gathered so far, the gunman has also been gunned down after a short chase, CNN reported, quoting a sheriff’s office spokesman in Guadalupe County. It was unclear whether the shooter died from a police bullet or at his own hand.

The worshippers were killed at the First Baptist Church in Sutherland Springs, a small rural community about 30 miles (50 kilometers) southeast of San Antonio, reports said. 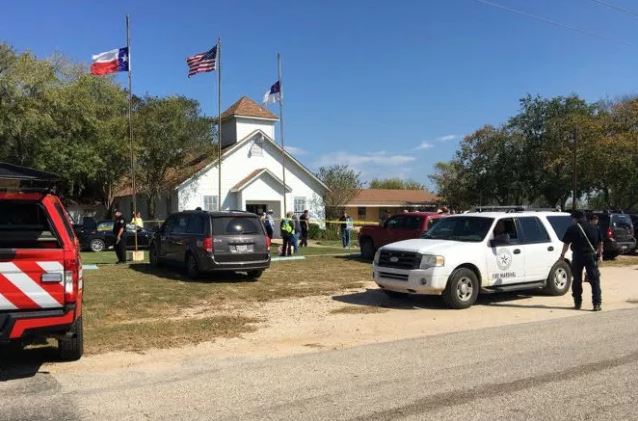 The shooter reportedly walked into the church shortly before noon — at a morning service that witnesses said was normally attended by some 50 people — and opened fire. A two-year-old was among the wounded, the Dallas Morning News website reported.

A spokeswoman for Connally Memorial Medical Center in nearby Floresville told Fox News that “we have accepted a number of patients from the shooting.” She gave no number. 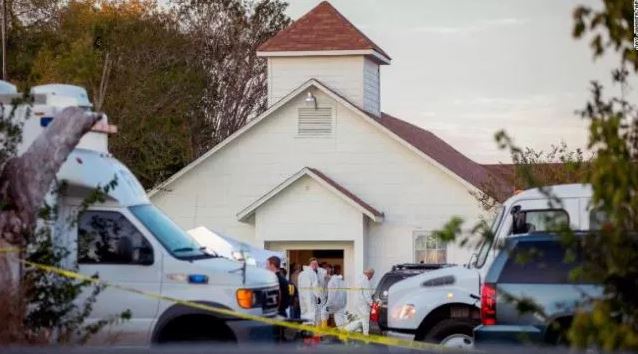 A witness working at a gas station across the street said he heard at least 20 shots being fired in quick succession, CNN reported. Others nearby said the shooter appeared to have reloaded more than once.

Emergency personnel rushed to the scene, and some victims were evacuated by helicopter. Police formed a perimeter around the area, and tearful relatives and neighbors stood outside it, nervously awaiting news from inside the traditional, white-frame church.

Agents from the FBI and the Bureau of Alcohol, Tobacco, Firearms, and Explosives were heading to Sutherland Springs, a town of about 400, those agencies said.

President Donald Trump, who is in Japan on the first stop of a tour of Asian countries, tweeted: “May God be w/ the people of Sutherland Springs, Texas. The FBI & law enforcement are on the scene. I am monitoring the situation from Japan.”

“Our prayers are with all who were harmed by this evil act. Our thanks to law enforcement for their response,” he tweeted, promising more details “soon.” 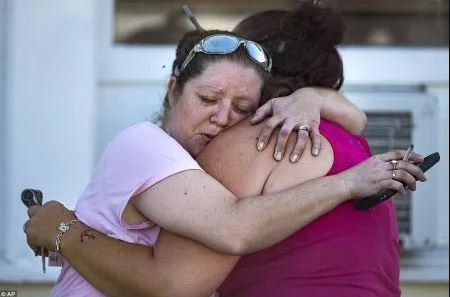 The shooting comes just over a month after a gunman in Las Vegas, firing down from a hotel room, killed 58 people and wounded hundreds attending an outdoor concert.

And it came just over two years after a white supremacist, Dylann Roof, entered a historically black church in Charleston, South Carolina, and shot nine people to death.