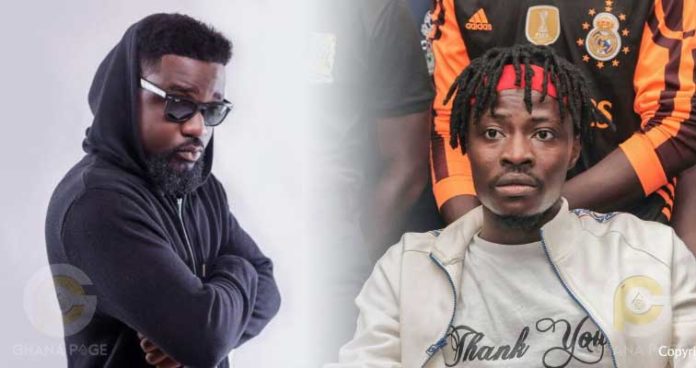 Hitz FM’s presenter Prince Tsegah, popularly known as De Don, has hit out at Fancy Gadam saying that it would have been difficult for him becoming well known in the entertainment space if not for Sarkodie.

Fancy Gadam after picking New Artist of the Year at the 2017 VGMA’s, featured the rapper on his “Total Cheat” song which became a national anthem and eventually winning Song of the Year at 2018 VGMA’s.

He made the statement on Daybreak Hitz on Hitz FM on the back of Flowking Stone’s lamentations about how artists in other regions are finding it hard to grow due to fewer industry structures across the country.

“If not Sarkodie, Fancy Gadam wouldn’t be a household name. It’s very difficult for such artists to come out. Flowking Stone has a large degree of truth in his statement. It’s not easy to break through when you are not living in Accra,” Mr Tsegah asserted.

Fancy Gadam is a Hiplife Artist who was born in Hausa Zongo Tamale, Ghana in September 1988. Last year after he won the New Artist of the Year award, a lot of people gathered to welcome him in Tamale though people were of the view that he didn’t deserve it since nothing much was heard of him.

Read also: I’ll return your car if you pay my money -Afia Schwarzenegger to TV Africa

Fancy Gadam is one of the big artists from the Northern Region who invaded the southern part of the country with hard work and support from his people.