The black officer captured in the viral video of George Floyd’s killing is claimed to be a Nigerian, reports has it.

The black police officer J. Alexander Kueng, 26, who was part of the wicked cops who arrested and murdered George Floyd has been named as Nigerian.

READ ALSO: Kwame A- Plus blasts Government for holding a memorial service in honour of George Floyd

In the report circulating about the cops has it that he was born from a white mother and a Nigerian father.

J. Alexander Kueng was the one who held down Floyd by his back while senior officer Derek Chauvin knelt on the black man’s neck for almost nine minutes.

Background: George Floyd is an African-American man who died in Powderhorn, a neighbourhood south of downtown Minneapolis, Minnesota On May 25, 2020.

Mr Floyd was in handcuff and lying face down on a city street during his arrest for allegedly issuing a dud check of $20 at a deli.

Derek Chauvin, a white Minneapolis police officer, pinned him down with his knee on the neck of Floyd. He kept his knee there for more than 8 minutes.

Other officers at the scene included Tou Thao, J. Alexander Kueng, and Thomas K. Lane who were participating in Floyd’s arrest.

A video of the incident captured by an onlooker and posted online sparked protests in major cities across the United States and even beyond its borders to Europe.

J. Alexander Kueng has since been fired, charged in connection with the murder, and denounced by some of his siblings for his failure to intervene in Floyd’s death. 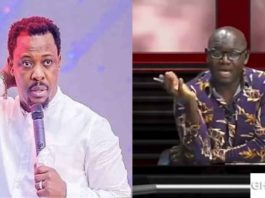 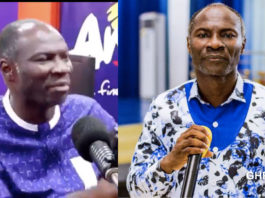 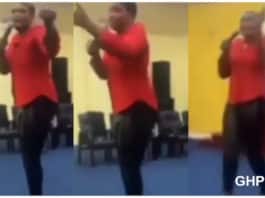 Pastor curses members for refusing to contribute money for her birthday...