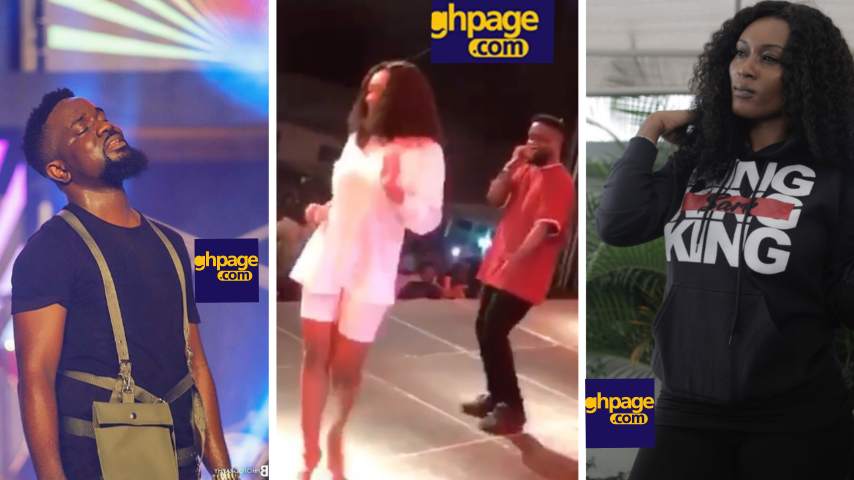 The 2018 edition of Sarkodie’s Rapperholic concert was a mixed bag of fun and ‘nightmare’ for the many who filled the Accra International Conference Centre (AICC) Tuesday night.

But for the impressive performances on the night, the major talking points of the concert would have been the chocked auditorium and the unprecedented heat at the venue.

Sarkodie lit up the Accra International Conference Centre during his performance at the Rapperholic Concert, as he displayed his famed lyrical dexterity.

One person in the crowd who enjoyed  herself much more than anyone else was Ewurama Tracy, Sarkodie’s better half.

She joined Sarkodie on stage as he performed ‘Can’t Let You Go’ a song that was made for her and scenes from their wedding used as the music video for the song.