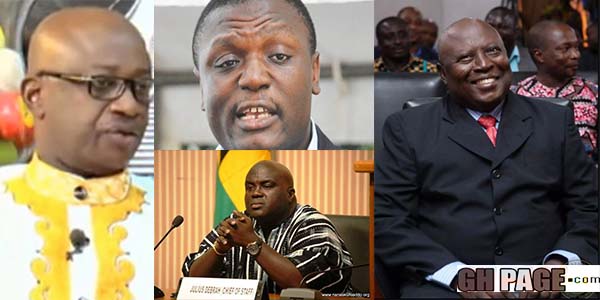 Backed with Evidence, Kusi Boafo Reveals Some dead rots of corruption during the NDC Gov’t and if it is anything to go by then Kofi Adams & Julius Debrah might be the first people to be prosecuted by the special prosecutor, Martin Amidu.

The Chief Executive Officer of Public Sector Reforms, Thomas Kusi Boafo has revealed some rots that took place in the erstwhile NDC government.

According to him, the former President and his Chief of Staff, Julius Debrah between the year 2013 to 2016 sold over 300 state vehicles acquired for about $165,000 each for as low as $2,500 to some individuals and the companies which initially sold them to the state.

Mr. Boafo also stated that some of the officials in the NDC party which he revealed one as Mr. Kofi Adams was among these corrupt act he described as a ‘grand scheme of corruption’.

He added, Kofi Adams could buy six cars from the state worth 19 billion Ghana cedis for as low as 500 million cedis.

Kusi Boafo noted that even though there is the perfect opportunity for the NPP to also make money as they are in power, they will not because the government will not tolerate such corrupt acts.

And as Nana Addo named Mr. Amidu, a man who has earned the nickname ‘Citizen Vigilante’ for his no-nonsense stance and campaign against corruption particularly in the NDC administration,as the special prosecutor — The question on people’s lips is that, is he going to start with these people Mr. Boafo has named since he claimed to have a documental prove backing his claims.