Those tagging me as a scammer are hypocrites – Criss Waddle 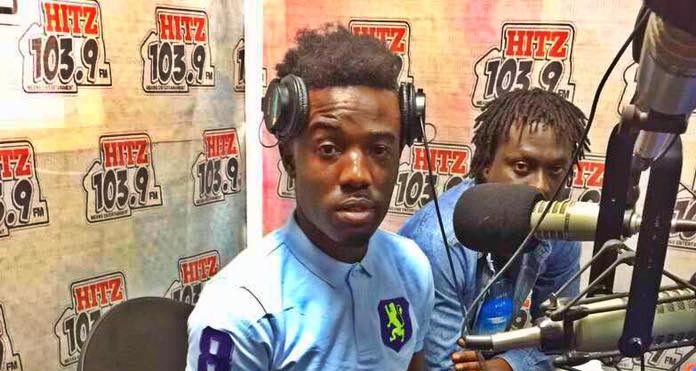 CEO of AMG Business, Criss Kwaku Waddle, has fired back at critics who have long been tagging him as a scammer.

Criss Waddle has on several occasions been rumoured as a hardcore scammer taking his wealth into consideration which has no tangible source to the public logical reasoning.

But in a Facebook post, the self-alleged Real Estates Developer threw shot at his critics that those with such perception should dump what they are thinking as soon as possible because they’re the same people doing worse things behind the scenes.

Read also: Criss Waddle responds to Showboy’s comment that he is a scammer

“People will come on social media and shout scammer scammer scammer but they’ve done illegal connection at home, come and see begging and bribery when the ECG man comes around”,

See the screenshot below… 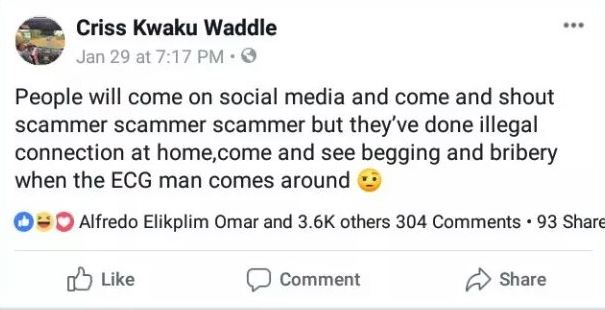 US-based Ghanaian rapper Sam Sarfo know by many as Showboy recently accused his former boss of being a scammer among other things.

Showboy comments about Criss Waddle did not come as a surprise since it’s not the first time such a comment has been passed about the AMG CEO because sometime back during his beef with Shatta Wale, the dancehall king also made such a statement about him.

Share
Facebook
Twitter
WhatsApp
Previous articleAccused of stealing phone: Lady stripped & pepper inserted in her Tonga
Next articleAkuapem Poloo leaks chats of a musician who wanted to chop her