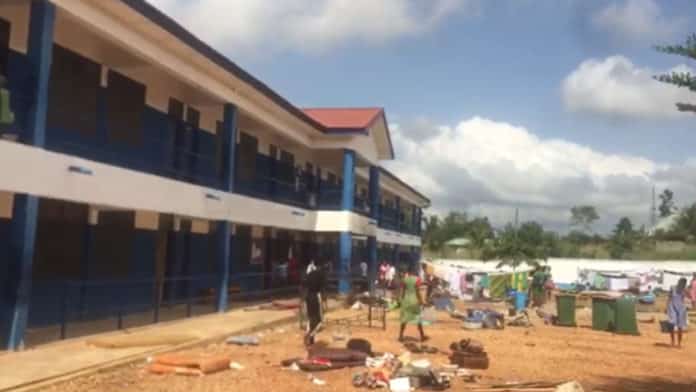 Some students of Osino Senior High School in Fanteakwa South District in the Eastern Region were rushed to the hospital after the school’s storeroom went up in flames on Monday.

Although the fire was extinguished at the early stages preventing it from spreading to the entire school facility, it caused damage to some logistics used for home economics practicals.

Additionally, some items belonging to the students were also burnt.

It is reported that three female students who attempted to pick their items from the smoke-filled room collapsed and were rushed to Kibi government hospital where they were stabilized and discharged.

According to the Senior Housemistress of the school, she was informed by the students that thick smoke was billowing from the storeroom.

She added that even though the cause of the fire is not known, she wouldn’t rule out arson as some residents continue to intrude on the campus due to the lack of fence walls around the school.

Some of the students, however, called on the government to urgently intervene and support them in their home economics examination practicals following the damage to their learning materials.